The year is 1948. World War II is over. Forgetting the terrible suffering that has occurred earlier in France, the mood is joyous, positive and optimistic.

At such a time, many individuals expressed a new-found confidence. With a positive future in mind, there was no limits. This meant that the art scene excelled, creativity was at its peak, in a spirit of absolute optimism.

Robert Ricci was someone that particularly excelled during such a period. Robert was a young French business executive living in France at the time. He established a fashion house in 1932, with the help of his mother Marie Nielli (Nina, a dressmaker and designer) which was named after her, it became Nina Ricci.

Nina Ricci began simply as an haute couture fashion house. Nina designed the gowns whilst Robert managed the business and finances. The designs of the luxury fashion brand soon became known for their refined, romantic and feminine.

When the optimistic year of 1948 came around however, Robert followed other creatives in breaking new boundaries and took a creative turn for his company, by beginning to produce perfume, as a way of diversifying his Haute Couture brand. As a result, he ended up producing (in collaboration with Francis Fabron) one of the most classic French fragrances to date, L’Air du Temps. Robert himself describes it as ‘a little olfactory miracle.’

The name of such a fragrance translates to ‘the mood of the times’ and is an ode to peace, love and freedom. With a glass dove lid, it represents the peace that followed after the world war. Presented in a crystal, feminine and sensuously shaped glass the bottle is designed by the well-known French designer Lalique who ensured the bottle was modern and sophisticated, creating an airy transparency and velvety softness. The fragrance captures the passion and elegance of an emerging generation Maria and Robert Ricci headed.

And this became the first spicy floral perfume, in the history of perfumery. The floral spicy note is at the centre of its composition as it combines the delicate and fresh scent of a bunch of flowers with an unusual peppery carnation. Unusual yet divine.

The beautiful arrival of bergamot and the sweet scent of rosewood support the development of the carnation theme, with hints of rose and jasmine – a floral heaven. The violet and iris continue the delicate smell but also give this scene a powdery nuance and create a distinct harmony with the smells that follow. The woodsy notes of cedar and sandal contradict this scent but give it its unique and compelling nature, whilst the sensual musk and amber finish as the final feminine accord to this gorgeous composition and collection of smells.

And whilst times have changed, whilst we are no longer experiencing the post-war optimism, the fragrance has still retained its popularity. L’Air du Temps is a modern, feminine fragrance that captures the essence of sensuality and has become a timeless and sophisticated classic for women all over the world. It is the air that we breathe, the mood of the moment, and the reflection of each era. It remains one of the greatest fragrance collections.

Today Nina Ricci pays tribute to the creation of this mythical perfume and in 2019 just as in 1948, L’Air du Temps is more than ever a perfume of its time, with its message of Peace and Love more relevant than ever. And as far as notable perfumes created over time this is probably one of the most famous, so wonderful so see the bird still flies high. 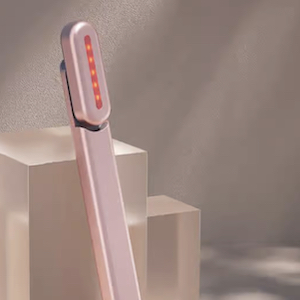