Mata Hari, Rebecca Romijn, or Mrs. Smith are names that you think of when you hear the term femme fatale; you don’t necessarily think of fashion designers Coco Chanel, Maria Grazia Chiuri or Iris van Herpen. At second thought, these are all powerful, independent women in control of their femininity.

The Femme Fatales exhibition at the Gemeentemuseum The Hague, the first ever to only feature female fashion designers, applauds these women and gives them full credit for the change they have brought about and the trends that have liberated women all over.

Curator Madelief Hohé found that a tribute to these leading ladies has been long overdue. She wanted to change the perception of femme fatales in fashion and emphasize their attribution in the fight for sexual empowerment.

She succeeded, because this exhibition exudes strength. Iris van Herpen, one of the designers featured throughout the exhibition, explains how the power that lies in femininity excites and inspires her, “I very much feel that a new view toward femininity is needed. Although in the past some steps forward have been made, we all see—I will skip the politics here—that many steps are being taken backward today. Fashion, music, and art are three very strong channels to empower women, and to reinforce our communal vision toward a new femininity.”

These femme fatales aren’t just out to woo men, they aren’t mischievous, promiscuous, unattainable or unreliable, but rather technically skilled and insightful in what women really want their clothes to be like. They use their own bodies as canvasses, which is something a male fashion designer just can’t do.  You could say that this exhibition is fatal to misogyny and male domination in the fashion industry; it sends the message that this female influence is here to stay. It no longer allows a discourse that diminishes female fashion designers to just an assistant, or to ‘just a seamstress’, as Paul Poiret mockingly called Coco Chanel, his biggest rival.

Chanel and Elsa Schiaparelli are the roots of the movement starting in the roaring twenties that pushed female designers into the limelight, and allowed them to take over and become the majority. Chanel played a huge part in the liberation of women, as she made clothes that did not need a corset underneath. She introduced tricot, a comfortable knit, straight, loose lines and casual simplicity, rather than tight, frilly clothes.

Schiaparelli’s clothes, also a part of the exhibition, are a perfect example of the understanding a female designer has of what is flattering and what isn’t on a woman’s body. Wrap dresses might be a given now, at the time it was very innovative.

About thirty years later, Mary Quant continued the struggle for sexual liberation with her, for the time, ultra short miniskirts, hot pants, heavy makeup and colourful tights. She is at the root of trends that have now become mainstream, and her stuff remains influential and a token for feminist movements. Her style is sexy, but androgynous at the same time. Her models sport short hair and boyish physiques, think Twiggy. Another designer that mocks the patriarchal undertones in the fashion industry and undermines gender stereotypes is Rei Kawakubo from Commes des Garçons, which literally means, like the boys. One of the most striking pieces up at the museum is a structured dress, with wide angular pockets and a black and red print of roses. The combination the masculine, strong lines and the floral design are exemplary for Commes des Garçons.

Maria Grazia Chiuri sparked Hohé’s passion for setting up the exhibition, so loads of Chiuri’s designs can be admired at the Gemeentemuseum. Chiuri was appointed as the first female artistic director of Christian Dior in July 2016. For her, Dior is not about activism, but female empowerment. “When I arrived, I decided to think about femininity in a way that is contemporary,” Chiuri says. “The women are different now.” The “We Should All Be Feminist” T-shirts, inspired by Chimamanda Ngozi Adichie’s manifesto, from Chiuri’s debut spring/summer 2017 collection are an expression of that understanding. The shirts are a huge step from the rather demure, high end, luxurious and classy fashion that Dior has shown us, for many years.

Chiuri believes that craftsmanship is wonderful, but she realizes that it is necessary to understand what modern women want, and that is to feel represented and comfortable in their clothes. ‘I don’t want to just create cocktail dresses!’, she says. Dior certainly knows how to renew itself and it has been a long way from the Post-War New Look to what I call their Millennial New Feminism. Chiuri’s 2018 February show at the Rodin Museum in Paris has inspired Maarten Spruijt, responsible for the décor of the exhibition, a lot. The Rodin gallery was changed into a collage filled with graffiti, newspaper articles, placards, signs and slogans on the walls, such as I Am Woman. Spruijt’s design for the museum has the same raw and rough activism-chic atmosphere, with bare scaffolding, industrial lights, exposed beams and wooden pallets. The exhibition shows the enormous leap female designers have taken very well. It recounts the history of the hierarchy in the fashion industry briefly. For example, I learned that only from 1675 onwards, when women united and formed a guild, women were allowed to do anything technical or design clothes, as they were perceived as assistants or merely seamstresses, as I mentioned before. Dutch fashion designer Iris van Herpen is a beautiful example of what is possible if a young woman is given the chance to excel. She is one of the first fashion designers to use a 3D printer in her designs, and combined with her painstakingly intricate structures, the results are quite remarkable. Her pieces look like living organisms, sprung from the ground and molded into dresses.

“My aim is to contribute and empower the 21st century of haute couture. And by haute couture, I mean more generally “the art of fashion,” the place where innovation and craft are perfected into the finest possible level. I am exploring new forms of femininity and new forms of craftsmanship to make couture a source of innovation”, van Herpen says.

To feel empowered by women freeing other women by designing amazing clothes, visit the Gemeentemuseum in The Hague. The exhibition ends on 24 of March 2019. 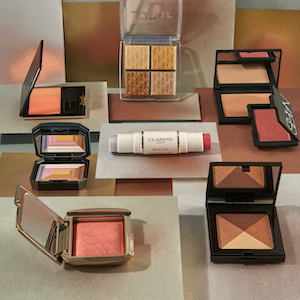 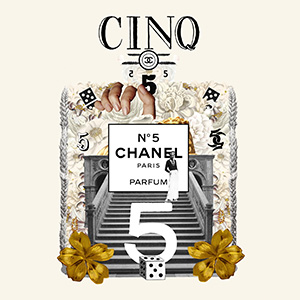