On the surface, youth culture in all its factions and tribalism has been hard for mainstream culture to understand, or even keep up with. The beginnings of many subcultures were first photographed by amateurs who usually just brought a camera along. It’s only when we look back that we see the importance of this record-keeping, which gives us a slight insight into a lesser-known movement. Here in our article Slight Sub we meet some of those lens masters who got to those subcultures before they became mainstream.

Before we had the internet, young people had only slight glimpses into underground cultures and music scenes that were kicking off across Britain and the US. Photographers usually got their big break via magazines like The Face, NME and Rolling Stone, and showing the rest of the kids in Britain what they were missing. Thanks to these photographers and many more, not only did various subcultures catch on, but they were also eventually absorbed into mainstream culture and, consequently, have given birth to the subcultures we have today.

Gary Green documented the rise of the US punk scene from 1976 (before the gentrification of Manhattan and sky-rocketing rent) in clubs such as CBGB and Max’s Kansas City, where bands like Dead Boys, The Heartbreakers, and Wayne County and the Electric Chairs all played. The venues found an audience for a new bare-bones sound that was abrasive and completely at odds with the preening disco scene and the indulgence of straight rock and roll.  Black and white photos are of icons such as Patti Smith, Lou Reed, Joey Ramone, Tom Waits, and Andy Warhol as well as many effortlessly cool unknowns dwelling in the likes of the notorious Chelsea Hotel. Gary Green wanted to make these photographs into a book for years. For anyone looking to dive into the beginnings of punk or even New York in the 1970s, his book When Midnight Comes Around is a fascinating insight.

Middlesbrough-born Graham Smith worked as a social documentary photographer in the North East during the 70s and 80s, but he is perhaps best known for his photos of The Blitz club’s New Romantics. And no wonder; the collection gathered for his book We Can Be Heroes is electric. Attracted to the glitz and glam of the late-night parties, his camera finds focus on only the most weird and wonderful characters – and the Blitz was full of them. Photographs feature the likes of the fantastically glamorous Sade (beautiful even while looking very drunk) and Boy George in his most extravagant and joyful attire. Honestly, looking at these photos will make you want to go out and buy a large white blouse, frills, loads of hairspray and makeup, and strut around with all the boldness and fabulousness that the New Romantics had.

Dave Swindells started photographing Rave culture as it emerged in Britain in the mid-80s. Coming from the Detroit techno scene and taking influence from Chicago house, Acid house tore through Britain, and inspired a culture of young people who had been suffocated by Thatcherism to redefine the rules of partying. Rave was about more than music; it was about liberation: taking over abandoned buildings, taking drugs, and partying for days. Dave Swindells opened up the Rave scene as Clubs Editor for Time Out and took his camera from warehouses and clubs like Shoom in London to Ibiza, to photograph ravers dancing through lasers and smoke. Rave is making a return in the capital, but it hasn’t quite had the same widespread impact on youth culture as it did in the beginning; these photographs show a culture that was defiant, and unlike any subculture that had come before.

Janette Beckman photographed some of the first Hip hop gigs in Europe in 1982, before quickly moving to the US to be at the heart of the culture, which, in 1982, was in full effect. What followed were portraits of a flourishing community and some of what would become hip hop’s shining stars. Early photographs of De La Soul and Salt-N-Pepa are playful and vibrant; her work carries a sense of humour and shows the attitude and braggadocio of hip hop music at the time. One portrait of a 14-year-old Roxanne Shante is one of the most arresting of all her work: Shante, wearing thick hoops, a Fila jacket and bags of attitude, stares down Beckman’s lens with the self-assurance of someone twice her age. Fans of the Hip hop will recognise in the photographs the same spirit and humour that would come to shape and define the Hip hop, rap and trap music that we love today.

Re-discovered and published only in 2017, Karlheinz Weinberger’s vintage photographs from the late 1950s – 1970s reveal the photographer’s fascination with outsider cultures in Switzerland. His famous subjects include the “Halbstarke” (a group of Swiss rebels) whom he photographed at carnivals in the 1950s. Part of the charm of Karlheinz Weinberger is that he was somewhat of an outsider, in large part because of the hostile atmosphere in Europe towards the LGBT community, and that is reflected in his moving and sometimes ironic photography. He was completely self-taught, and his day job as a warehouse stock manager was perhaps not as glamorous as other photographers. But in his spare time, he would shoot artistic, erotic portraits of men in the apartment he shared with his mother. Weinberger would publish his photographs of sportsmen and bikers in the gay magazine Der Kreis under the pseudonym ‘Jim’ but otherwise, astonishingly, did not exhibit his work until 2000.

Luckily for us, photographers have been capturing waves of subcultures ever since James Dean made it cool to be countercultural.

We’ve seen a lot of subcultures come and go in the 2000s. Remember the Neo-Goth Emo/ Scene Kid looks we went for? Many of us just need to scroll through old Facebook pictures to find images of ourselves sporting backcombed hair and half a face of eyeliner and side fringe.

Or maybe you were more into your sportswear, maybe even tucking your trousers into your socks and completing the look with a Burberry cap? All of our trends are indebted to the same subcultures that our parents and grandparents were undoubtedly part of: Mods, Hippies, Goths, Metalheads, Teddy Boys (and Teddy Girls – we recommend checking out Ken Russell’s pictures of some working-class Teddy Girls he photographed in London – they’re fantastic, and overlooked) and countless others.

Who knows what will be recorded over the next few decades, but hopefully we will look back without cringing, or even think that we look just as cool as this lot. Well, probably not, but we can hope.

If you’d like to check out Gary Green’s book When Midnight Comes Around, it is available to purchase from Stanley/Barker.

If you liked this article, check out Feel good, alternatively by Iona Cleave and Iannis Xenakis: Drawing Music by Anthony Cheng. 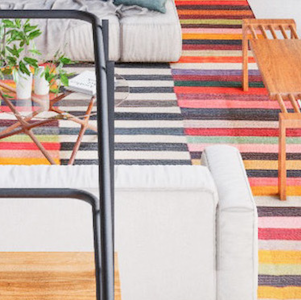 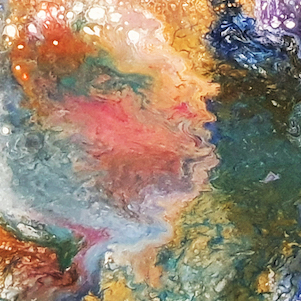