2020 may be a year many will associate with not a very happy time but for some 2020 means something very special. For example, the perfume Le Male by John Paul Gaulier is 25 years old this year. From the inspiration behind the perfume, the designer himself, right through to the packaging, this perfume was groundbreaking in so many ways, here we look a little at its history in Something to Celebrate

Jean-Paul Gaultier is one of the true masters in fashion; from his inspiration from the clubs of London in the 1980s to his work for the most prestigious brands like Hermes he is a master bar none. 25 years ago he created his first-ever men’s fragrance which was as distinctive as his brand.

A few little titbits about him and his perfume here to remind us in order to celebrate this birthday a little fuller.

Think Jean-Paul Gaultier think stripes. They fascinated him from a very young age. He enjoyed the graphic and architectural aspects so much so that he enjoyed dressing in striped sweaters.

Jean-Paul Gaultier actually had no professional training when he first started designing. His natural talent for drawing was discovered on his 18th birthday by Pierre Cardin where he drew unconventional designs of sailor suits and razor-sharp exaggerated tailoring.

In 1982 the film Querelle directed by Rainer Werner Fassbinder’s which starred Brad Davis a Belgium sailor became an inspiration for Gaultier.

Once he had created his own brand he became a household name and was internationally acclaimed. From this, he was able to launch his own line of fragrances. In 1993 his first scent was called Classique for women and two years later in 1995 the birthday boy, Le Male came into being.

The inspiration for this dynamic bottle design Le Male was heavily influenced by the film mentioned above Querelle, the homoerotic sailor at the centre of the story hence the stripes across the sailor’s torso for the iconic bottle shape.

Even the packaging was intriguingly shaped like a tin can. All Le Male Parfums still comes in a silver tin. The packaging echoes his High Tech- Pret-A-Porter autumn/fall jewellery collection which he designed between 1980-1981 which was very industrial in feel.

But the story doesn’t quite stop being revolutionary here either.

At the age of 26, a young perfumer Francis Kurkdjian fresh out of school worked alongside Jean-Paul Gaultier in creating the juice for Le Male. Inspired by the lavender smells from men’s hairdressers in the 1950s this became the main accord for the Parfum.

As a celebration for Le Male’s 25th birthday, a new intense version of the fragrance has been brought out. Black and gold is the new colour scheme for Le Male le Parfum bottle which takes you on a unique journey forward from the original Le Male.

The scent: an intense version of the emblematic original with notes of Cardamom, Lavender, Iris & Vanilla

This coming season of autumn also seen new designs and perfume scents, from Paco Rabanne, Narciso Rodriguez Issey Miyake and Designs that become a trophy in your bedroom even when you’ve used the last drop.

A giant of Japanese design in fashion but also the perfume platform for not only their unique fragrances but also right through to the bottle design. It puts them in a category of their own letting them stand out from the crowd.

IGO by Issey Miyake does just that. A new companion to the “L’EAU D’ISSEY” collection. With one fragrance it comes with two bottle parts. One to keep at home and a second part to take off and travel with. A 60ml cone-like shape with an elongated silver cap houses the lotus blossoms and white flowers scent.

It opens at the top with floral notes of lotus and rose then goes into a light sensuality, blending a bouquet of lily and fresh flowers finally finishing on a wood base of panache.

When you think of luxury and design, Million by Pacca Rabanne is likely the first one that comes to your mind. Presenting itself in a league of its own it’s a bottle that you can never forget or even let go of. Coming out with a new fragrance for men the 1 million Parfum is neatly encased in its instantly recognisable gold bar.

The Scent is a salty pulsation starting at the top with salty tuberose, ambroxide and cashmeran accord. The leathery opulence lingers on with its leather accord and rockrose resin.

And if colour and extravagance is the main highlight for a design of the bottle, think of a midnight stars and place it onto a stiletto. The women’s perfume Good Girl by Caroline Herrera is introducing SUPRÊME EDP; all glitter glam and gold heel.

Known for his womenswear designs, Narciso has also added to the world of feminity by bringing out his latest new fragrance to his line. With more emphasis on the amber notes, the bottle itself remains in its original design, the sleek glass cube with a distinctive soft peachy tone.

This scent is an intoxicating, light-infused fragrance. It opens at the top with vanilla, exotic tiaré flower, and ylang-ylang from Madagascar with a middle note of a salt allude and a woody base note of cedarwood.

Le Mâle by Jean-Paul Gaultier is now available from their website and all beauty stores.

Good Girl by Caroline Herrera is available now on their website.

If you liked this piece read Industrial; Design Smells here on Cent Magazine. 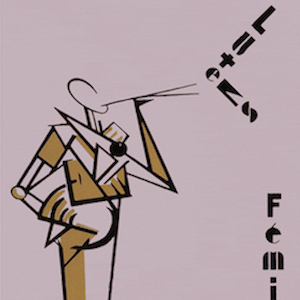 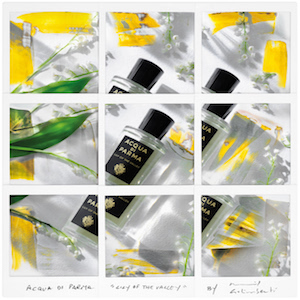