In 1977, musician and producer Brian Eno sat in the airport in Cologne, and as he observed the people around him, came up with that exact same fantasy. He wondered – how could he transform this space of constant change and chaos into a relaxing and much more comfortable experience for everyone involved? He later went on to make an album called Music For Airports 1. It would be the first one in a new genre, which he named himself: Ambient. Find out a little of its history in our article Sound Sense.

Ambient has one goal: to positively influence the space it is being played in. To enter people’s subconscious and have them feel better, before they were exposed to the tunes. Music, that doesn’t want to be noticed, but still goes beyond the surface. Or as he in his won? words in the album’s sleeve would write:

“My intention is to produce original pieces ostensibly (but not exclusively) for particular times and situations with a view to building up a small but versatile catalog of environmental music suited to a wide variety of moods and atmospheres.”

So, how did this miscellaneous and yet groundbreaking album sound like?

What you can hear, are simple loops (repetitions), that are meant to induce a trance-like effect within the listener. You can’t really describe what you is obvious to the ear – the music is floating, packed with reverb and has no structure. Eno played around with different speed settings of the tape machine, cut up the takes, just to glue them together again. A random, but effective potion.

After this album came out, he continued to collect and alter sounds and released three other albums – Ambient 2, 3 and 4.

Music with therapy like effect has been around for a long time throughout history. Indian roots of therapeutic music tradition extend through ancient Vedic and Sanskrit texts. Musical therapy in Africa could date back at least to ancient Egypt, and is still present in every African state nowadays.

In recent years, scientists have found out, that music, and especially Ambient, does have a neuropsychological effect. It can calm our minds, reduce anxiety and let our thoughts float for a little while.

More and more artists have found this genre to be an exciting playing field and have experimented with sounds, instruments and machines over the past decades. Although the concept of the genre is quite simple, it still leaves room for new technology and therefore, is ever-evolving.

In the ’90s, the house music collective The Orb made waves all around the world. Inspired by Brian Eno and Kraftwerk, they created spectacular tracks, that combined danceable house beats with deep Ambient soundscapes, as well as spoken word and humorous sound effects. During the heyday of house, clubs would often offer a chillout-are, where partygoers could relax for a little while, before making their way back to the dancefloor. This was an ideal hotbed for introducing more and more people with Ambient.

William Basinski is an American composer and sound-experimentalist, who has been a significant player in the genre of spheres, soundscapes and Ambient. In 2003, he released his album Melancholia. It features different sound layers, that have been altered to create a carpet of audible sensations. In this album, he uses small musical movements, to create large feelings and emotions.

Max Richter is mostly known for his interpretations of classical music, but is also a composer in his own right. In 2015, his album Sleep saw the light of day. It is an eight and a half hours long, well-calibrated piece of Ambient excellence, that is meant to soothe and improve your sleep – his “lullaby for a frenetic world”. Now that our world is facing a crisis, the minds of millions of people have lost their habitual balance and many are struggling with this new uncertainty. Richter addressed this: “Five years ago I wrote SLEEP as an invitation to pause our busy lives for a moment. Now we are all facing an unexpected and involuntary pause. It is far from easy to adjust to this new normal, which shifts continuously, and brings anxiety and suffering to those we love and to ourselves. At such times the magical ability of creativity to elevate our days and to connect us is more important than ever, and I’m really happy that the EBU allows us to listen all together across the whole of Europe.”

Because of its fragile and non-distracting attributes, Ambient music is ideal for scoring films. Astronauts floating in space, otherworldly depictions of natural disasters that may foreshadow our future, troubled characters: all seem to come to life that little more with music. Hans Zimmer, master of soundtracks, composed the unmatched brilliance that is the music for the film Interstellar. Many key elements of Ambient, such as broad soundscapes, repetitions and simple orchestration can be detected here. It also serves a greater good and supports the sub-conscience – in this case: a movie.

The genre has also successfully made the jump into the new decade. Pulse Emitter, aka Daryl Groetsch, released his album Swirlings in January 2020. These six songs allow you to go on a mystical journey and dive deep into relaxation. The fact, that Portland’s Pulse Emitter has come out with over 100 Ambient compositions in the last 20 years, prove that the genre has potential for more and more.

Next time you feel a bit overwhelmed or want to escape reality for a few minutes, give these two albums a listen. Ambient music once again proves, what magic music is capable of.

Did you enjoy reading about this genre? Why not read some more of our articles on music like 1+1=∞, Musical Juice or Line Of Legends? 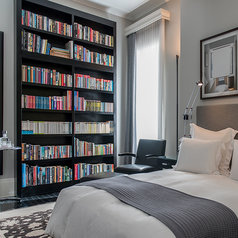 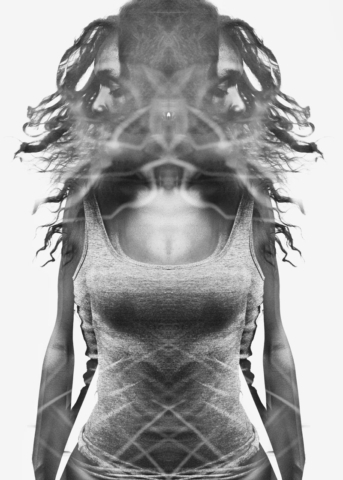