Creativity is one of those things we just do very well in the UK, and it’s one of those things that makes the world a better place. Beautiful crafted well designed or just plain old British ‘kooky’ brings a smile to everyone’s face and brings joy to many. Its first cousin is of course, craft another of the great things the British produce so well

Whether it be leather goods, cheese sparking wines or even luxury car making we are seen very much a real leaders in the high end craft and creativity sector.

When Walpole bring together some of the best in the UK to celebrate it’s a serious matter. So who are Walpole and what do they do?

Well initially they promote protect and develop worldwide relationships for British Luxury brands. Founded in 1992 it has over 210 members which works towards developing a sector worth £32.2 billion to the UK economy

As founders of the European Cultural and Creative Industries Alliance (ECCIA), Walpole cements and champions relationships with Europe’s luxury and creative sectors, Dedicated to creating a pipeline of growth for Britain’s luxury brands, Walpole also runs the annual mentoring programmes Brands of Tomorrow and the Programme in Luxury Management at London Business School.

In addition, Walpole hosts at least 36 events each year for its members, bringing the sector together to share ideas, best practice and to make meaningful connections with peers. In the media, it also provides a collective voice for luxury on key topics, commissions industry-leading research and works with government on issues affecting the sector.

The Walpole awards do justice to ‘best of’ brands every year. This in its 17th Year and was celebrated at a glittering event held The Dorchester with -Laurent Perrier Champagne and to Sumaridge wines over a sumptuous meal. Post dinner, the awards were announced which spanned across the spectrum of best of British luxury across the creative fields

The host for the evening was actor, Jason Isaacs who wore a bespoke Henry Poole dinner jacket and Manolo Blahnik Oxford shoes. The night was capped off with an after-party hosted by the Dovetail Agency Cocktail Club, during which guests sipped on The Lakes Explorer gin and tonic and Royal Salute Whisky. BRITISH LUXURY BRAND OF THE YEAR:  BELMOND
In association with Laurent-Perrier

LUXURY LEGEND: MANOLO BLAHNIK
In association with The Times Luxx and Style

LUXURY MAKER OF THE YEAR: MULBERRY
In association with Elite Associates

LUXURY WITH A HEART: V&A: FASHIONED FROM NATURE
In association with MyLoveAffair

It was a wonderfully joyous evening even with the mention of Brexit, (the general feeling of lets ‘grin and bear it’) even though we are all aware that in order for the creativity passion and craft to really continue, to be world class, we need to draw in talent form abroad ..still time will tell and at least for now British excellence can be applauded and celebrated.

Walpole’s CEO, Helen Brocklebank said: “As we’ve seen celebrated so beautifully this evening, British luxury, the arts and culture in the UK make such a massive contribution to the global reputation of the country and it seems more important than ever to celebrate the innovators, inventors and creatives who help to make Great Britain famous all over the world. My thanks to Jason Isaacs for being the perfect host and congratulations to all of our winners and shortlisted brands, you each make a towering contribution to the continuing success of our sector.” 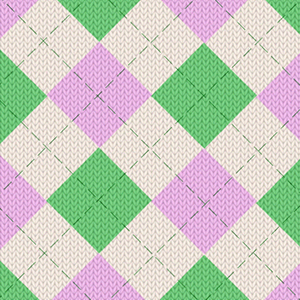