Ink? Tramp? Tat? Know these words? For more than 5000 years, cultures all over the world have embedded permanent dyes in their bodies, making these, yes, tattoos one of the earliest forms of visual art. From mystical figures, animals, and gods to modern-day cartoons, the art of ink has evolved manifolds. This piece explores a little of the Art of Tattoos

The word Tattoo was actually derived from the Tahitian word ‘Tatau’ meaning to mark something. Permanently….

The oldest evidence of human tattoos is believed to be around 3370 BC and 3100 BC. Mongolia, Egypt, China, Russia and Alaska are few places were tattooing practices have been recorded on human remains.

While ancient Chinese practises refer tattooing to be barbaric and is highly stigmatised, for the people of Samoa, tattoos represent and celebrate dedication to the culture and endurance.

In Russia however, branding of criminals was practiced, where prisoners were marked with different symbols that indicated their crimes.

The Japanese Bodysuit (an extensive tattoo, usually of a similar pattern, style or theme that covers the entire body.) is another cultural icon in the world of tattooing.

Developed as a response to the restriction that only royalty can wear ornate clothing, the middle-class men of Japan began to adorn themselves with extensive colourful body tattoos as a way of protest.

The intricacies and artisanship of today’s artists tell the stories of historical samurai, folklore, legends and religion, which have subsequently developed a new wave of art rather than the symbol of rebellion and subculture it was.

Designed by leading London tattoo artist Claudia De Sabe, the project is set to honour the ancient Japanese craft of Takumi – parts of Japanese tradition were artists hone and perfect their skills over a lifetime.

“When you tattoo a person, you have to think about the muscles and tissue beneath the skin. With the car it was about the way the bodywork changes shape over the framework,” said Claudia who used a pure white car as her ‘canvas’ swapping the fine tattooing needle with a Dremel drill.

This strict one-of-a-kind interpretation of the UX compact SUV, took six months to complete, from the initial drawings, with the “tattooing” accomplished over five eight-hour days of intensive work.

Perfectionism, diligence and discipline are prominent traits of all takumi. Claudia who teamed with her Japanese-born husband Yutaro created a design that bought the best of both worlds, they drew two Koi carps along the length of the entire vehicle, streamlined in such a way that it would create the illusion of the Koi swimming.

In Japanese culture, the Koi fish symbolize good luck, abundance and perseverance. Today the fish are also considered to be symbolic of advancement, both materially and spiritually.

Claudia also applied five litres of high-quality car paint by hand to bring out the details and used gold leaf to create highlights and give the design a stronger 3D effect, before the whole vehicle was given a protective lacquer coating so that it can be driven on the road.

Tattoos since ancient times have been used as a form of self-expression. The warrior clans and chieftains often used tattoo art to showcase their might in battles.  Tattoo in todays world is a part of ones identity. The complexities, the colours, the characters all represent a person’s choices, their likes and dislikes and often beliefs.

So keep it bold, keep it colourful..

For details on the car head to Lexus.co.uk

If you enjoyed this piece The Art of Tattoo then there are more art and technology articles to read why not check out – [Anti]Lush; Technology and Art 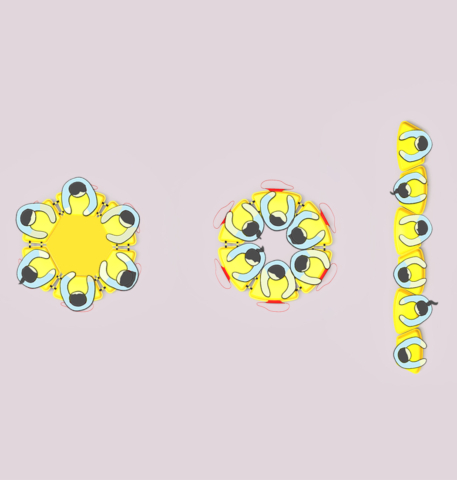