Spring is almost here, so we’re taking a look at some of the best nature, garden and flower works:

On the 21st March 2017, the new film ‘The Artist’s Garden’ will be released, exploring how the relationship between art and gardening blossomed across the pond. The film tells the intertwining stories of American Impressionism and The Garden Movement which flourished between 1887-1920. These movements responded to rapid social change brought about by America’s industrialisation. With the increasing urbanisation prompting the emerging middle-class to seek refuge in the suburbs, they began to spend their free time and wealth cultivating impressive private gardens. The film reveals how American women saw the garden not only as a beautiful oasis but an important political space for women. As gardening’s popularity rose, women began to take on new professionalised roles, from garden design to horticultural writing, and lead activist movements to protect native species. The film is directed by Phil Grabsky and is part of the pioneering series EXHIBITION ON SCREEN, which offers a cinematic immersion into the world’s best loved art combined with detailed artist biographies. If you want to bring a bit of garden into your home, here is a collection of nature pieces for the home. The wallpaper brand Cole & Son have collaborated with Ardmore Ceramic Art and launched their new Ardmore Collection, which consists of new and exciting wallpapers inspired by African flowers and animals. Ardmore’s ceramic collections feature a narrative as well as a strong heritage rooted in African tradition and culture. They share the same values as Cole & Son, such as language of craft and craftsmanship and storytelling through their artworks. Their collection includes a range of conversational, vibrant, pictorial wallpapers and borders that add a new dimension to the Cole & Son library. The Creative Director of Cole & Son says of the collection, ‘Having coveted Ardmore Ceramics for several years and being strongly drawn to their whimsicality and narrative, it is now a privilege and a delight to be recreating these fabulous Ardmore stories onto wallpaper.’

And if you are looking for some flower and nature inspired jewellery, Tatty Devine just released new handcrafted Kimono Bloom Statement necklaces, and there are only 25 pieces in existence, so shop them now before they’re gone! The necklaces are inspired by Japanese lacquer ware and floral motifs and cut out detailing add a delicate touch to this structural design. 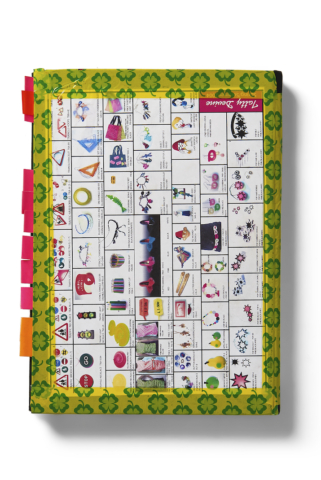 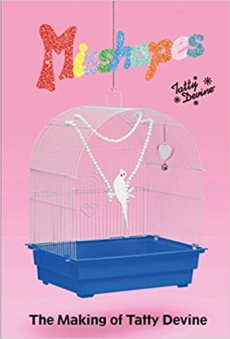