Photo on the left: The Najran region, in the southwest of Saudi Arabia, is notable for its mountains and huge desert, broken only by a string of oases. The latter have given rise to a form of vernacular architecture that expresses a strong cultural identity. Cob is the favoured technique here for buildings of all kinds. Nowadays, both the facades and the interiors of these houses are often given a coat of industrial paint.
© Thierry Mauger

When we think of colourful buildings we think of baroque, of gothic – the immense and the grandiose that are made from steel, from concrete, glass or even gold. We gaze with wonder at skyscrapers which make us turn our heads up to see the full glory of these magnificent towers.

But, when we do this we completely bypass some of humanity’s most impressive landmarks, made with entirely natural materials: stone, earth, mud and even wood or straw. This style is called earth architecture and the curious thing about it, is that we can see it almost everywhere we go. For example the beach: sandcastles built by kids and adults alike, made with their own hands and with their own imagination. Small, you may think, yet this is creativity at its purest form.

Now imagine if these little sparks of creativity were replicated in a grand scale. This is what we can see in Earth Architecture – monumental works of creative design with ecological materials inside them, which result in wonders that can inspire us and go beyond the beliefs that mud is primitive and that everything that is not built with concrete and steel has no value in it. Also, we can see how different these structures are varying on the place they are from. Without a doubt these creations have the most  historical, cultural and ideological content from the place they are from.

Take a look at the incredible examples of this technique out there. The Alhambra in Spain, a majestic medieval acropolis, built by the Nasrid which tells a story about the history of Islam in Spain. As the massive fortification that is the Great Wall of China was built, materials started to run out, so in order to finish and continue to expand the wall, often times rammed earth was used instead of stone.

The numerous examples of colourful architecture with mud in Latin America, when because of the Spanish conquest more than 200 new settlements were built in the colonies, these were planned in a grid and most of the times earth was used, as rammed earth or adobe to create them.

Jean Dethier, who has dedicated his life to the research and safeguarding of Earth Architecture has written a really impressive book, featuring amazing images, about the case for earthern structures, its many misconceptions and how it can influence our future as a greener society.

In these times of climatic crisis, maybe the best thing we could do is to look back, to gain the possibility to look forward. We can also consider the use of this material as a way to reduce the contaminating impact buildings usually have. We have the power, thanks to this sustainable architecture, to counter the environmental crisis we are living in. In all the wonders built ages ago, we have the basis indicating to us that dirt and mud are enduring materials and if you take good care of them, we have proven how grandiose buildings made with these materials can be.

For the pure love of architecture and care for the environment, or just the sheer archtectonic beauty I recommend that you definitely have a look at Jean Dethier´s book: The Art of Earth Architecture. In it you will be able to see amazing pictures of beautiful Earth Architecture and find out where they are located and some historic insight. 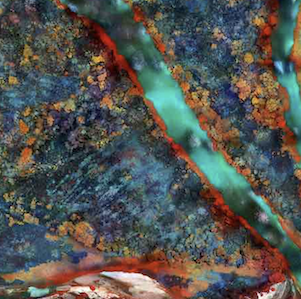