“All I want is the best of everything and there’s very little of that left.” Said Cecil Beaton, a man who can only be described as an true original.

Picture this. Cecil Beaton first laying his eyes on Cambridge University in 1922, dressed in an evening jacket, red shoes, black and white trousers and a large cravat, creating a dapper aesthetic. We wonder if Cecil Beaton knew at that moment how his life was about to play out. His flamboyance and nonchalance is unraveled and decoded in A Life In Fashion’s ‘The Waredrobe of Cecil Beaton’, out for general sale on the 8th February 2016. From the twenties to the seventies, author Benjamin Wild leads us through Beaton’s ever changing wardrobe. The trip from ‘Young and Loud in Cambridge’ to ‘A Sartorial Swansong’ in the seventies is charted along side beautiful visuals of Beaton always looking refined and boldly creating a look that is timeless. The Thirties and Forties cover Beaton’s relationship with Savile Row. The mystery of his iconic narrow waist and desired silhouette is unveiled by Anderson & Sheppard archive measurements of Beaton aged of 30 with a 29 inch waist and 32 inch shoulders. Holding accounts with many Savile Row tailors, Beaton bought his first hats from Lock & Co. Established in 1679, “A postcard from abroad was once delivered to Lock, addressed to ‘The best hatters in the world, London”. This description perfectly sums up the kind of establishments Beaton would purchase his wardrobe from, only the ‘best of everything’. The stories behind British iconic brands such as those worn by Beaton, including Lock and Co, can be found in ‘The Best of British’. Recently launched by Egelnick and Webb, perfectly complimenting ‘The Wardrobe of Cecil Beaton’ to create an impressive coffee table collection. The modern man would be inspired to swank up his wardrobe after taking a tip or two from Beaton and the ‘Best of British’. To achieve the same stature and marvelous prominence as Cecil Beaton and other dandies alike a man should not only dress exquisitely but also place particular importance on their overall physical appearance. Strolling along the business districts of the world’s capital cities we see the modern man taking inspirations for the dandies to create their own refined contemporary look. In order to accomplish the high-brow polished manner male grooming upkeep must be religiously performed. One of our household favorites Gillette, caring for men worldwide for over 110 years, continue to make the daily chaw of shaving a smoother easily ritual. The Fusion Proshield, on sale now, combines Gillette’s FlexBall handel technology with lubrication before and after to shield from irritation making their best razor yet.Here we supply the aspiring dapper dandies and dark prince’s among young men of today with the information through literature and the tools to achieve the timelessly desired refined presence. The refined quality that is featured in Cecil Beaton’s wardrobe is still embraced on Savile Row today. A display of the best of Savile Row took to the catwalk at London Collection Men’s this year. Hardy Amies brought classic style and sophistication with crisp white shirts and clean structured pieces. While Richard James exhibited a bold yet sharp collection with a colour palette that recalls the dandy’s and highlighted the power of a man’s suit. John Lobb, founded in 1849, served Cecil beaton with five identical pairs of patient pumps in the July of 1960. In London Collection Men’s John Lobb paraded a beautiful array of suede pieces and luxurious pigskin. The continuation of opulent tailoring through the years by timeless brands creating fashion icons along the way proves that Savile Row and its legacy is being admired by every generation. More from LCM can be found in Cent magazines Highlights posts. 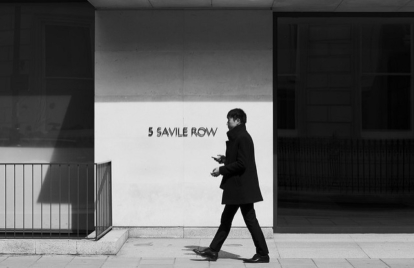 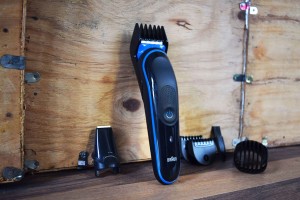