Doesn’t everyone just love a good murder? well it does seem like that in a world where mystery podcasts dominate the market with their intriguing and deadly stories. There is something about the violence, insanity, and horror that we find enthralling and entertaining. While these crime podcasts may have some interesting stories, a new book by Adam Selzer is bringing to light The Biggest Baddies in American history: Meet the book, Murder Maps USA: Crime Scenes Revisited; Bloodstains to Ballistics, 1865 -1939.

But what exactly constitutes the biggest? Well, we hope to figure that out, but for now, we are going to start with the strangest.

Have you ever heard of Lizzie Borden? Maybe you’ve heard the school-ground rhyme: “Lizzie Borden took an axe and gave her mother forty whacks. When she saw what she had done, she gave her father forty-one”.

You haven’t heard it? Well, that’s probably a positive for your childhood. It’s not exactly a kid song, but to be fair, it is catchy.

Anyways, the song describes it all. In 1892, Young Lizzie carved up her parents like a turkey on Thanksgiving. In the end, she claimed someone else had come in and killed them; the jury found her innocent. They struggled to believe that a young woman would axe both her parents for seemingly no reason.

While this is one of the stranger killings in Selzer’s book, things don’t get any less weird. A recurring theme in the pages of this picture book is that murder is a “family-friendly” activity, just not in the traditional sense.

The Allen family of Cana, Virginia was a large southern household led by Floyd Allen. In 1912, Allen pistol-whipped a deputy who tried to charge him with disorderly contact after a brawl. The subsequent trial led to the judge sentencing him to a single year in prison. Instead of taking the meagre sentence, Floyd said “I ain’t a-going,” drew his pistol, and killed the judge.

It gets crazier. His family, who was also present, joined in and killed four other court officials. Floyd and his son Claude were arrested and electrocuted in 1913 while other family members were given lengthy prison terms.

This kind of family loyalty and pride has turned violent before. In fact, there is no better example of family violence than the family feud, and there is no feud quite as violent and dramatic as the Hatfields and McCoys.

The infamous war between these two families began in 1878 when Randolph McCoy accused Floyd Hatfield of stealing one of his pigs, a tremendous crime in the American countryside.

The incident led to the murder of Hatfield’s son, which was avenged through the killing of the three McCoy brothers. From then on, more than a dozen killings were traded amongst the two families in Kentucky and West Virginia. The bloody feud went on for 13 years until Mary McCoy married Aaron Hatfield in 1891.

Murderous families are intriguing, but the lone serial killer is frightening and interesting.

After her husband died in a fire in Chicago, Belle Gunness moved to a farm in La Porte Indiana. In 1908, a fire killed her and three children, but when investigators came to the scene, they found something far more horrific than a fire. They found over 40 bodies buried all around the farm. Through letters, they were able to ascertain that she used advertisements to lure single men there to marry her and then killed them.

Deranged killers are intriguing, but they do not garner any sympathy from the general populace, unlike outlaws who seem to be beloved despite their deadly deeds.

Clyde Barrow and Bonnie Parker are the epitomai of this idea. Bonnie and Clyde are the sources of countless films, songs, books, and art. There is an obsession with this homicidal couple who wandered the 1930s west robbing banks and shooting lawmen.

The couple was famous for being unwilling killers who cared more for the arts than criminal activities. Despite this, they robbed 15 banks in their time and killed about 13 people. Interestingly enough, their body count pales in comparison to the man that killed them (53).

Like in any classic action film, former Texas Ranger Frank Hamer was brought out of retirement to track down the murderous love birds. In 1934, Hammer ambushed Bonnie and Clyde while they were driving. Their “death car” became a landmark for road trippers for years.

Probably the most famous death of an outlaw is the assassination of Jesse James by the coward Robert Ford. Jesse James was a legendary bank robber who stole over $200,000 from banks and trains (over £4 million in today’s money).

The myth surrounding Jesse James claims he was a benevolent late 1800s Robin Hood-esque bank robber, but in reality, he was a former confederate soldier turned killer. Despite this, he has gone down in history as a hero while his murderer is known as “the coward Robert Ford”.

(Jesse James in his coffin. Following his death crowds pressed into the little house in St. Joseph to see the dead bandit. The house has been preserved, though it is now in a different location in St. Joseph. | © Library of Congress Prints and Photographs Division Washington, D.C.)

In 1882, Robert Ford shot his boss and mentor, Jesse James, in the back of the head while James was dusting a photo in exchange for a full pardon and a reward. Afterwards, Ford opened a few saloons in Colorado where he would reenact the murder.

In one of these saloons, Edward O’Kelley walked up behind Ford and shot him just like how Ford had killed James. Why did he do this? It’s unclear, but Kelley’s gravestone is now forever inscribed with the words “Man Who Killed the Man Who Killed Jesse James”.

As seen by Robert Ford, sometimes a single murder is far more notorious than a string of them. In the case of New York mobster Charles “Lucky” Luciano, it’s the assassination of fellow mafia crony Giuseppe “Joe the Boss” Masseria. After Masseria’s death in 1931, Luciano consolidated power and was able to reorganize the New York Mafia into the robust business-like organization that movies often portray it as. He is responsible for The Commission, the infamous shadow council that governed the American mafia until the 1980s.

Few names are as synonymous with the mafia as Al Capone. In 1926, Capone was extremely wealthy, powerful, and deadly. He had become rich from prohibition, and Chicago police were desperately trying to pin him on a charge.

In April, a young lawyer named William McSwiggin was killed alongside two gangsters in a slaying that police blamed on Capone. While they couldn’t prove it, the subsequent searches uncovered a document that was crucial in Capone’s eventual tax evasion prosecution, which led to his imprisonment and the end of his criminal empire.

While these singular killings were important historically, they do not compare to the death of a president. In the time period covered by this book, it seemed popular to shoot the president.

(A wanted poster issued for John Wilkes Booth and two of his accomplices, John Surratt and David Herold (misspelt Harold). Booth and Herold were on the run for twelve days, but John Surratt fled to Canada
and then Europe, before being arrested in Egypt in November 1866. In 1867 he was released after a mistrial. | © Library of Congress Prints and Photographs Division Washington, D.C.)

Well surely, the biggest bad guy has to be a presidential assassin, right? It’s hard to say. Is it about who was killed, how they were butchered, why they were murdered, or how many were slaughtered? We could make a complicated system that takes into account all these factors, or we could continue learning about the depraved and horrific actions that make up the biggest murders.

All these stories and more can be found in Adam Selzer’s new book. This text is done in a unique western collage style with easy to read tales and crazy pictures.

The book is filled with press photographs, historical records, and crime scene pictures that make it disturbingly interesting. If you are intrigued, try getting it here online retailer and pick up Adam Selzer’s Murder Maps USA: Crime Scenes Revisited; Bloodstains to Ballistics, 1865 -1939.

If you enjoyed The Biggest Murders, you should read Designing Forward to remind yourself that people aren’t all bad. 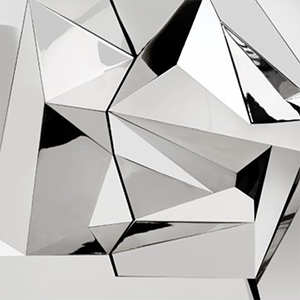 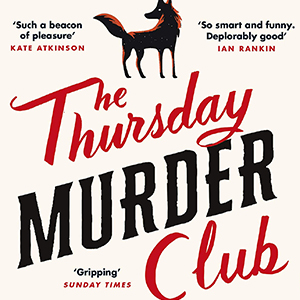