That delicate little flower the Daisy, one of the most widespread wild flowers in the UK, with its fragile white petals and vibrant golden centre is known for its beauty as well as its symbolic meaning. Find out more about daisies, collaborations and shopping here in, The Daisy Shop

The word “Daisy” refers to several kinds of plants in the Asteraceae family. This name comes from the Latin word aster, which means “star.” Another name it used to be known for is the old English name dæġes ēaġe, which translates to “day’s eye”, as the petals of the daisy open at dawn and then close at dusk. Thats probably why we refer to waking up feeling spritely and use the term Fresh as a Daisy!

As for their symbolism and meanings think of innocence, love, fun, purity, and hope as well as new beginnings. Also think of this little most British of flowers as a collaboration, because daisies are in fact composed of two flowers, one white, one yellow, that blend together to form one lasting bloom.

So what does a British Flower a collaboration and new beginnings all have in common? Take a trip out of the city go through the beautiful rolling green bright hills of the British Countryside and make your way to Bicester Village designer shopping destination in Oxfordshire. Here meander your way via elegant open-air pathways past beautiful designer stores (almost reminiscent of candy coloured giant British beach huts) filled with delicious designer items as a fraction of the usual price and then find The Creative Spot x British Fashion Council pop-up Boutique. A Collaboration filled with Daisy prints, inside and out.

Another brilliant collaboration with the BFC, the fashion body who run the catwalk shows at London Fashion Week and the designer outlet Bicester Village; ever a fashion lovers dream. This collaboration goes that little bit further than some because it’s not just about two coming together as one, but three that then goes all the way to at least sixteen others.

Richard Quinn is a fashion designer who graduated from Central Saint Martins MA course and went on to have in February 2018, the Queen of England come to one of his shows at London Fashion Week, where, after the show, she presented Quinn with the inaugural Queen Elizabeth II Award for British Design.

Richard has come into this project and designed the room, and of course, as his collections are bold emotive and full of flowers, the decoration is FULL ON with daisy motifs all over the walls, floors an old fashion (not so red) telephone box and another British icon, the Mini car.

This June in the UK it is of course the Queen’s Platinum Jubilee and so the coming together of all this joy is captured in a boutique curated with the best new talent in young British design, from fashion via home scent, homewares and jewellery. A shop crammed full of the beginners in new fashion and design talent.

These include Alighieri, Christopher Kane, Completedworks, Eudon Choi, Mary Katrantzou, Mira Mikati, Mother of Pearl, Patrick McDowell, Phoebe English, Preen by Thornton Bregazzi, Roksanda, Sophia Webster and many more. In addition, the boutique introduces the designs of Rejina Pyo and Tata Naka to Bicester Village and will feature Ivana Nohel’s silk scarves (a favourite of Her Majesty The Queen), exclusively available in the Village.

However if this is not enough flower power for you then take note, as it coincides with celebrations for The Queen’s Platinum Jubilee, the pop-up boutique offers designers this retail space free of charge while providing them with unique exposure to discerning guests from all over the world. After all Bicester Village is a destination hotspot for tourists and Brits alike. And at a time where young new talent needs to be nurtured more than ever, this is an important investment from the Village.

“The Jubilee is a momentous occasion and we are so honoured to be involved in the celebrations. The Queen has always shown a real interest in British fashion so the Jubilee is a perfect opportunity to showcase the creativity and talent of a range of British designers. In our store design we have endeavoured to recreate the celebratory feeling of the British summertime, bringing a touch of brightness and jubilation to Bicester Village at this very special moment in time.”

Bicester has an ongoing commitment to supporting young designers, initially The Creative Spot was launched in 2016 in Fidenza Village near Milan and has appeared at many other Villages across Europe. The Creative Spot’s celebration of British design will continue as an online experience with a refreshed mix of designers including Alighieri, ERDEM, Eudon Choi, Omer Asim, Patrick McDowell and Teatum Jones.

Not only that, The Bicester Collection’s business mentorship programme, established in 2014, further supports designers in their development and growth journey. The Bicester Collection is also a proud Launch Patron of the British Fashion Council’s Industry Mentor Hub, supporting participating designers through the offer of retail space with zero costs.

Because the village signifies a lovely day out, there is of course the utter elegant yet simple pathways guiding you around the shops with restaurants and pop up food spots to ensure a day is full of luxury. Try the La Tua Pasta for truly authentic Italian lunch, or pop by Maitre Choux for the best eclair you will ever eat. Know you can make a day of it as plenty of spaces to sit or eat or rest as well as great transport links, parking spaces hands-free shopping, multilingual concierge; personal and virtual shopping.

The Bicester Collection, a family of 11 unique, open-air shopping destinations across Europe and China, all an hour or less from some of the world’s most celebrated cities please click Here for More information on Bicester and Here for all the other Global Villages.

If you enjoyed reading The Daisy Shop then why not read In The family Here. 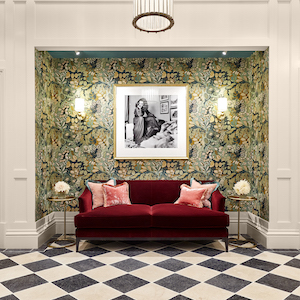 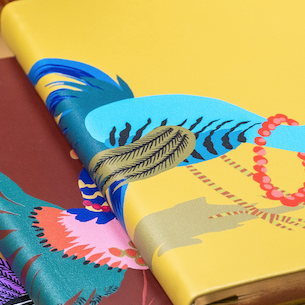 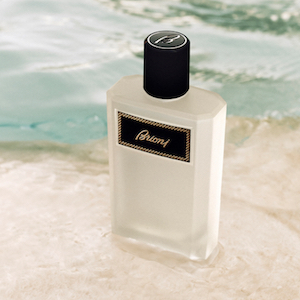