The Anglepoise lamp, even if you are not aware of its name, show you a picture and you will instantly recognise it; a true design classic. As a design it is unique and for many appears so simple, yet is a complex piece of engineering. Seen on many a desk, bedside table or even the sofa in the living room illuminating a space. Once the spark is on, this angular ornament can lighten your world.

It’s hard to believe that it’s only just over 100 years ago, the world had been relying on candles and daylight to see what they were doing.

As time progressed, lightbulbs began to spark all around, from streets corners and into our home. No need for 20 candles to light, a room an electric bulb could do the work for you.

A lamp not only defined by its spring system; the shape, colour and simplicity with the outside design makes it a distinguised object. Built with an armour of aluminium, its light weight body is easy to carry. Looking at the shapes, the mix of lines elongate the lamp and curves hug and provide shelter to the bulb.

Going down in British history books, is the Anglepoise lamp, a creation, recognisable for its shape, longevity and being an effective piece of outdoors and indoors equipment. This is the journey of a lamp that made it a world-famous piece of design.

History was about to have George Carwardine in the books. Originally he was an automotive Chief designer but alas left the job due to the company he worked for entering financial difficulties.

Starting his own business, he was fascinated with springs and the movement involved in mechanics, this in part sparked the start of the four-spring-point lamp.

A design like no other at the time, it could be shifted at different points to angle, lift up and elongate into the desired form. For him, the selling point was the spring that could be moved and remain in the same place once it had been shifted. A design not seen like this before, especially with a spring in a lamp, production companies were keen to put this into the market. He chose Herbert Terry Ltd to licence his product. That was the point where George Carwardine would be known for the Anglepoise lamp.

Leading him up to 1985, the four-spring lamp had now been designed into a three-spring Anglepoise.

During World War 2, the Anglepoise Lamp became a significant part of both the Wellington bomber plane and Vickers Varsity trainer plane. Fitted inside the plane, navigators were the primary users of this lamp helping them with the task at hand.

An interesting fact to know, is that four decades later after the war, an Anglepoise lamp had been found from a Wellington bomber plane. It was retrieved from Loch Ness in Scotland and still had the spring and steam attached, but also amazingly, it still worked. For the Anglepoise company, it proved that even after forty years and been found in water, it still had longevity.

Sir Kenneth Grange, British designer came into Anglepoise with a thought of bringing in contemporary design to the brand. Renowned for his work with Kenwood, Kodak and designing the InterCity 125 train was made the official design director of Anglepoise. Working with the iconic lamp his work expands over many designs through the years from with a variety of pieces made for commercial and domestic interiors.

Margaret Howell, British contemporary clothing designer, known for her classic designs began a partnership with Anglepoise. In her edition of the Anglepoise lamp, each design reflect her creative flair using earthy tones and bright colours. The six piece collection also come with their own individual names for example Sienna- an earthy tone of brown or Saxon blue colour related to imagination, freedom and open spaces.

It’s not surprising Roald Dalhs muck up of his office hosted the first giant Anglepoise lamp. Known for his stories like the BFG, Charlie and the chocolate factory and Matilda. Having the lamp next to his desk was a turning point in the Anglepoise production line. Since the 1930s the lamp had only been seen on desks but after this, they had become part of the line.

Interestingly, the original black 1227 Anglepoise lamp was chosen to be featured in the Royal Mail stamp collection. Amongst the the 12 great British designs, Anglepoise was now recognised for its originality and consistency in still being used today. Thus winning a place alongside the London Underground map by Harry Beck and the Red London Routemaster bus by AAM Durant.

Previous collaborations with Anglepoise, Paul Smith introduced Type 75 as a floor lamp as well as bringing the original design and into the 21st century with modern features like the energy saving bulb.With his signature look of contrasting colours and name on the base of each lamp, the Paul Smith Fourth Edition allows variety for those who enjoy bright pieces.

The Anglepoise lamp, is a work of British art, and now found on ceilings, walls, desks and floors. There are other notable places it has appeared. Worth mentioning is the appearance in the James Bond Film in ‘Spectre’ and ‘Skyfall’. The Original 1227 lamp in the colour black with a brass features shows that George Carwardines’ legacy has expanded from his fascination for designing and is now expanded into our lives.

Bringing us to 2020, this too may be a spark to you. For the past eight decades Anglepoise has been a respected British lamp design. It now has launched a ‘lifetime guarantee‘ on all its products making it a staple piece to your home for many more years to come.

If you enjoy reading this article why not remain on Cent Magazine and read Iona Cleave’s Design Dreams article. 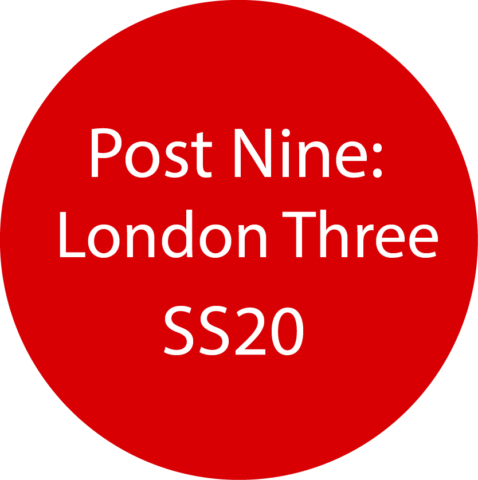 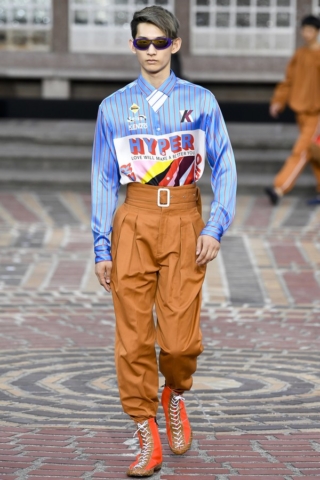