An unintended consequence of those weekly clapathons in support of the NHS has been an unprecedented rise in the number of Fairies.

As you will know, each time someone expresses disbelief in the existence of the breed a Fairy dies: its light fades, its silvery tinkle falls silent, its delicate wings disintegrate; it falls to the ground, curls up and dies. This common disbelief has exerted a beneficial restraining influence on Fairy populations. But when children and, presumably, childlike or even childish adults clap, the sick and dying Fairy is brought back to life, vigour, and apparently, to fecundity.

Whilst, at first sight, this might appear to be a benign consequence of the current Pandemic, closer examination reveals a worrying development: in the Neverland of Fairydom the hitherto unknown problem of overcrowding and of overpopulation has reared its ugly head into the spotlight of public concern.

As the human tragedy deepened and greater tribute was paid to workers of the NHS and in the Care sector with greater and more prolonged applause, so too the threat of Fairy population explosion increased. Multi-generational Fairy households are becoming the slum ghettos of Fairyland. Fairy homelessness is on the increase. Numbers of rough sleeping Fairies have ramped up to unprecedented levels, but the general health of the Fairy population seems to be unaffected. The clapping was more restorative than the overcrowding was debilitating.

The super-abundance of Fairy Dust, eagerly exploited in the early days of the Pandemic, with panic collecting and stockpiling, has become a problem of storage and waste disposal, especially with bin collection and recycling facilities closed down. A little magic goes a long way, but too much magic makes everyday life seem relatively dull. Who wants to go back to the grind of daily routines, when a little puff of the Magic Sprinkle can do the job just as well? And if it makes you sneeze more often, well, it might be worth the risk, so long as you have a face-mask.

Perhaps counter-intuitively, the problem is most noticeable, not in the great urban centres where city cynicism and sophistication has led to a widespread disbelief in Fairies and therefore low-intensity populations of them – the current increase in these locations can be seen as a taking up of the slack, a filling of the gaps – but in rural areas. In backwaters all over the country where hand-clapping for health and care workers could be heard rattling across the fields and through the woodlands from village to village, hamlet to hamlet, isolated house to isolated house, on still Thursday evenings around 8.00pm, the recovery in Fairy numbers have been astounding. And it is in these places where belief has always been strongest. The rural innocent, gullible yokel, Romantic fool and super-sensitive New Ager are all prone to such belief, and the growth in numbers has been upon an already numerically high population. In dells and shady groves, through bluebell woods and among the toadstool rings of autumn glades, Fairy numbers have swelled under normal circumstances, and in these abnormal, clap-rich times, growth of those numbers has been exponential. The soft glow of the single fairy on your shoulder has been replaced by the harsh glare of the Faerie Horde at your back.

Having Fairies at the bottom of your garden was once a cachet, but having them at the bottom, in the middle, and on the top is another matter. Having them behind the skirting board is more a case of infestation. Having them in your roof-space could be a health hazard, and, from a purely legal perspective, where bats are present, a possible breach of wildlife protection legislation.

Family pets, dogs especially, can be freaked out by Fairy presence, leading to insomnia and incessant night-time barking. Cats will more often present upon the family doormat the gift of a fearfully mauled specimen.

A Government already fully enmeshed in the human tragedy of Coronavirus has had little left over-attention to pay to the developing Fairy crisis. The Home Office refuses to be drawn on the homelessness issue. The Treasury and Bank of England refuse to publish figures in regard to the collapse in the value of Fairy Dust. The Department of Health denies responsibility for non-human health and welfare and directs the inquirer to the Environment Agency, which in turn cites Fairydom as a cultural issue that falls within the purview of the Minister for the Arts.

It’s not merely survival rates that are to blame. The creation of new Fairies, a mysterious and largely un-researched phenomenon, vaguely connected to childbirth and baby laughter, has added to the problem. Some have suggested that the echoes of such laughter are prolonged in hospital corridors and through air-conditioning pipes, leading to greater fragmentation of the laughter, and consequently more live-birth Fairies, compared to the more muted laughter of babies born in the cosy, well upholstered and softly furnished bedrooms of country dwellings, but hard data is difficult to obtain.

More sinister, are the rumours that persistently surface from within the anonymous ranks of the Country Pursuits movement. A prize, it is said, is being offered for the development of a ‘humane device’ for the capture and disposal of ‘small winged humanoid vertebrates’.  The word ‘cull’ has been bandied about out with the context of badgers. A spokesperson for the Police has confirmed that a Garden Centre in the Home Counties, despite being closed down due to the Pandemic, has suffered several destructive attacks on what were described as ‘fanciful garden ornaments’. These attacks, the spokesperson insisted, had been categorised as Criminal Damage, and not, as was reported in the local press, as Hate Crime. The ‘Away With The Fairies’ pressure group, which, it has been stressed, does not have charitable status, withheld comment on these incidents.

Whatever the truth where individual cases and particular stories are concerned it remains the case that for as long as the NHS-supporting hand-clapping continued, the unusually high survival rates among Fairy populations also continued. Research is underway to ascertain the scale of the problem and the breadth of its global reach. Thankfully, there is as yet no evidence of a similar phenomenon in respect of other benign, or indeed demonic manifestations. There have been no reports of an upsurge, for example, of Leprechaun numbers in Ireland.

Yet why should we see it as more than an irritation? Fairies feed on honeydew, not on the staples of human life. And if they’re living under the eaves, well, so what? They might cause a damp problem or exacerbate an existing one, but that’s hardly an existential threat. And if their physical health is more robust than usual, through the continuous dosing of the clap, well, what’s wrong with that?

But the issue is not primarily one of Fairy physical health. Just as we suffer from Lockdown and Self-Isolation, so they suffer from Congregation and Self-Inclusion. As with us, it is their Mental Health that is threatened, and that’s the threat to us, for your generally benign Fairy, when pushed and cramped and crushed to within less than two wingspans of its neighbour, becomes less a butterfly than a hornet. Its normal outlook of goodwill and kindliness towards the world of humans becomes distorted, corrupted even, into one of irritable resentment, peevish animosity, and malign misanthropy.

Tentative suggestions have been made for courses of action that concerned householders, gardeners and those afraid of the dark might take. The use of pots and pans, drums and other musical instruments instead of the hand-clap has no restorative Fairy side-effect so far as is known, exerting at worst a neutral influence but, and again this is the case more often in the rural communities, the practice of low-tech applause, using only the human hand, persists, and may still be on the increase. Government statistics on this are few and far between, and rarely published. The practice of saying, with each Care Worker supporting clap, ‘I don’t believe in Fairies,’ has been put forward as a means of at least holding back the tide of increase. But take care if you adopt this procedure that there is no flutter of gossamer wings in the vicinity as you speak, no pungent whiff of Fairy Dust on the air you breathe, no ethereal glow of Fairy light casting its shadow on your threshold. Fairies are all around you. Their hearing is as sharp as needles. Their hearts are as hard as nails. The unblinking stare of their glittering eyes will pierce your skin. Their vengeance will be unprecedented!

If you have been affected by any of the issues raised in this article, please contact the ‘Away With The Fairies’ helpline.

‘A reflective object will only glare if the light illuminates it. That is the simultaneous interactive effect of at least two or more elements. Through this photographic works, I’m trying to transform the glare as an emotion and has its own temperature. Imagine how emotions interact between oneself and other’.  Yi-Chen LEE 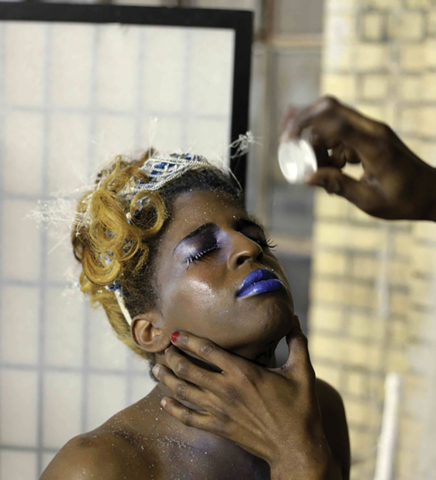 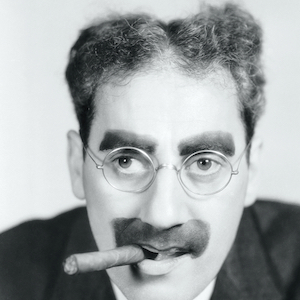