You have probably been in a situation where you are with a friend or a loved one and your daily routine is interrupted, something or someone provokes an event, a phrase or just simply a moment that goes beyond the ordinary. After that event you then would have a conversation with your friend discussing what just happened, just to find out that it is as if you were in different worlds, their recounting of events is very different from yours, you could argue that what you saw is, with certainty, the truth, and that the other one is lying.

But, let me tell you something, that event, and what you thought, is only what you can see, what your mind, your experiences are telling you to think, in that moment of realizing this, what you wouldn’t give to just step into the thoughts of the other, to really see what they are thinking, what they are feeling, even if it was only for a brief time, for seconds even. What you wouldn’t give to do that? To see why they saw it in such a different way.

This is probably (if not roughly) what some authors thought when writing some of their works, the ability to be in more than one mind, and therefore began working into stories which have more than one narrator, which include these different perspectives and thoughts of characters that, although being in the same story, feel very differently about events that are occurring in their timeline.

These books are called: “with multiple narratives”, keep a look out for these to see stories from different perspectives, or being told by more than one character involved in the story.

Here are some key ones you may wish to start with:

The world-famous novel from Charles Dickens about the French revolution, which depicts the highs and lows, at the best of times and the worst of times of this historic movement, narrated by a set of characters which tell their story in a diverse way.

The Woman in White- Wilkie Collins

We can consider this novel a very early form of a detective fiction, our protagonist is Walter Hartright which employs various techniques from the detective world. Here we can see the use of multiple narrators (at least all the major characters). And this is quite interesting because the author has tendencies towards law, we can tell this by reading his preamble: “the story here presented will be told by more than one pen, as the story of an offence against the laws is told in Court by more than one witness”, therefore making this an interesting but also grounded book.

Instance of the Fingerpost- Iain Pears

This is a story about how we can perceive same events on a different way. The main characters are four people giving “their” evidence in a murder in the old 17th century England. And here is the thing, they can’t concur on the reason of the crime: One blames the crime saying it was because an overwhelming amount of authority, other on the lack of it. It also overlooks a bit of aspects that would be considered taboo at that time.

Half of a Yellow Sun- Chimamanda Ngozi Adichie

This story revolves around a couple of characters: a boy from a poor village named Ugwu, which works as a houseboy for a university professor. There is also Olanna, a young woman, which has abandoned her life of privilege in Lagos to live with her charismatic new lover, and, here is where we can see the connections, the professor. Richard, a quite shy English writer, which is bound to Olanna’s enigmatic twin sister. The background for this story is the Biafran War, where they are separated and reunited in crazy yet realistic ways.

This book is about two girls, Rose and Ruby Darlen. Born joined at the head in a rural farming community in 1974. Her mother was a teenager at the time of their birth and seeing them as an abomination she left them. They are then adopted by the nurse who was at their birth and her husband an immigrant butcher. The story is then narrated by the two girls, which generates an emotional journey which captures you and explores profound aspects such as individuality and self-thought.

This is the story about Alison Hart which makes a living by being a medium, she and her assistant Colette roam around the houses of London, passing messages from their loved ancestors which have passed away. There is a twist, she is a real medium and she knows what’s beyond life, but she finds it terrifying and she then comes up with the mission to hide that secret from the rest of their clients. At the same time ghosts and spirits from her past infiltrate and invade her body and their presence only becomes stronger as time passes.

Another gem from Wilkie Collins which is in fact about a gem, one that is stolen from a Hindu idol. This gem is called “The Moonstone” and it suddenly reappears at a birthday party in an English country home, this book draws you as many mysteries are drawn out and resolved just for others to appear.

This is a book about a high school presidential election in which a muscular football player and a hot girl are competing for the presidency. The students and the teachers are both equally intrigued about the candidates and the book narrates their thoughts and their actions as the novel goes on.

Sarah got the answers for her eight-grade geography exam and then shared them with her friends, which is pretty normal, but the thing here is that they were caught, and now they are facing big consequences which only become bigger and bigger, and leads them to have problems at home too, now a world of uncertainty has been opened to them and neither Sarah or their friends know when it will end. 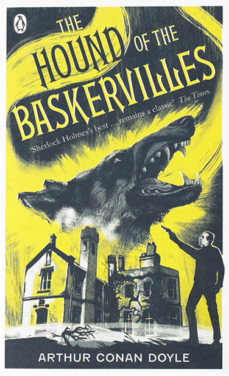