This all used to be shops, I told them.

I could see the word had no meaning for them.

Places where they used to sell stuff, I said.

They weren’t much the wiser, though I could see they had recognised the word ‘stuff’. That would have been from their childhood when the old government advertising campaigns were still running. It’s ironic, really, I said.

They still had no idea what I was talking about.The people living here, I said. They must mostly be the children and grandchildren of the people who were selling it. And making it, come to that, I thought. Though, of course, the people making it had been mostly abroad by then.

The stuff, I said. The people making the stuff!

I knew what was coming next. It always did with kids of their age.

And then the question. What actually was it? The stuff, I mean?

That’s the question we’re all waiting for, we tour guides. It’s the start button, the green light, the go-ahead! Any tour guide worth their badge can talk for hours on the stuff. Talk, and watch their innocent blue eyes pop out of their vacuous little faces. A lot of it was clothes, I said.

New clothes, I added with emphasis on the new. Marvel on that, I thought.

People liked to have lots of new clothes, I said. All the time, I added, some of them every few weeks.

Their mouth opened, but they forgot to say yeah.

But what did they do with their? And they stopped there because it seems odd nowadays to need the word old in relation to clothes.

With the ones they already had? I offered, to help them out.

Well, I said, and I always enjoy this bit, because it’s the bit where the understanding starts to seep in. Well, I said, they either kept them in big storage cupboards called wardrobes, or they chucked ‘em out. It’s that moment when the shock hits I like most of all.

Find more of Brindley at hos blog. Bhadandme.wordpress.com and buy his work here 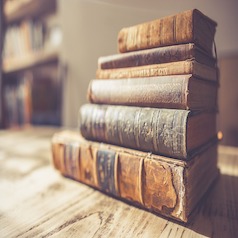 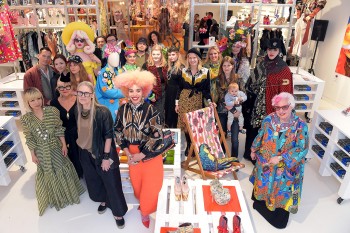