As the song says, ‘mad dogs and Englishmen go out in the mid day sun’, and yes the archetypal Englishman Noel Coward (who wrote and initially sung the song) summed up so much even with that one line. We British are some what eccentric, is this due to us being islanders? or the fact we were separated from the Roman Church so early (by Henry the 8th) or could it be the island have been invaded for thousands of years as well as  having opened itself up arms wide open (most of the time) to those from multitudes of cultures whom wish to make this fair isle their home?

“Eccentricity exists particularly in the English”, says Dame Edith Sitwell, “because of that peculiar and satisfactory knowledge of infallibility that is the hallmark and the birthright of the British nation.” in her  1933 book  The English Eccentrics.  We are an island full of quacks, travellers, people of learning, those that spend all day in a bath for no reason, we grow beards to our knees and we collect ferrets and keep up them up our trousers.  Britain harbours the extremes of human nature,  set against our somewhat black  humour, tea and sympathy, pompous knowledge, and of course stiff upper lip.

Could this be one of the reasons as a nation we manage to produce just so many creatives? Creatives that walk such a unique path, that utilise this British madness within their creative process?  Possibly.

Let’s start to highlight this point with Mancunian  fashion designer Henry Holland.  The quiff wearing designer started a label simply because he created a line of Fashion Groupies T-Shirt splashed with sayings like  “I’ll tell you who’s boss, Kate Moss” ‘Get Yer Freak On Giles Deacon’ or  ‘Cause Me Pain, Hedi Slimane’ and with them received huge attention after another British designer Gareth Pugh wore one t’shirt on his own runway at the end of his  show.

Suddenly Henry Holland’s name was shot into the mainstream. It was from this success  he went  on to build a very successful and much licensed brand.  Sold from Harrods to New Look there is a savvy brain under his trademark quiff.    So what makes him  the archetypal mad English man?  Well it could be his elaborate use of Tartan in in Fuchsia Pink or Regal purples  alongside a multitude of  other bright colours,  say a shot of lime against a splash of custard,  metallics, quirky textures tied together with eye catching candy coated designed; strange as  it may seem, its actually a very inclusive collection, all done with the  tongue very firmly placed in his cheek.

However,  Holland is a smart business man;  the amount of  collaborations he has done lays testament to that, (from a business perspective, it makes great sense after all  licensing  helps to fund any good ready-to-wear business.)  it’s the bouncing bright brash mixed with his dry Northern humour that has given him quite the unique place in the hearts and minds of London Fashion week alumni alongside many a high street vendor. If you were to compare him to say a footballer he would be the clown prince of fashion as Len Shackleton was the clown prince of football to the world of soccer.

What is interesting is how over the last few seasons Holland has been working hard to reshape his brand.  Where up until now its growth was certainly organic  there comes a time when really looking at the core of the business is essential.  The seasonal collections need to be thoroughly dissected and each piece, that has the potential to go on the catwalk, needs to also have a reason (beyond  the 70 seconds fame on the catwalk)  to belong in the collection, i.e. it needs to be able to sell.

Traditionally the reason for a catwalk show was for the designer to be able to present his new styles to an audience of customers as well as press.  Here they would be presented predominantly four angles; Fabric, Colour,  Silhouette and  Styling.  This is what was looked for –  what was the designer was stating were the colours of the season, what fabric were du Jour , what length, waist shape etc was fresh and was it all about bags with tassels or sunglasses with diamonte, or even bare flat sandals.

Shows have changed and often have become more about presenting entertainment rather than a clear fashion message.  But in order to be able to clearly put a style statement on the catwalk the collection must be in good shape beforehand.  This means analysing sales,  trends and it means knowing stores can merchandise a collection easily. Organisation must start the moment the designer sits down to choose fabric or to sketch ideas.  Henry Holland has worked up until now far more organically and moving forward from AW18 we see that he has almost stepped back to step forward.  Put in place all the structure and analysis truly needed for any successful brand to keep growing and moving forward

So the cheeky chap of the British catwalks who has tasted much success already will be ship-shape and Bristol fashion going forward. So another fashion guru with her own eccentricities has to be Anya Hindmarsh.   The accessories designer started her business at 18 in 1987  straight after leaving school and has built the business up to include international stores selling her items to multiple stores worldwide and opening over 30 of her namesake shops, with over half not being in the uk .

She is the first accessories designer in the UK to show officially at London fashion week.

She is like others, an archetypal British creative, one that uses humour across everything she does.  The humour is at the very core of her to work. Its that typically British attitude of not taking yourself too seriously even when running a highly successful business. So think clever slogans,  silly faces, stickers,  good design tricks and sensual design that’s elegantly crafted all bring the brand to life, think crisp packet clutch bag or chubby cat tote!

Anya Smells, her candle collection adds to her comical heritage.  It started with three  fragrances all things that evoke happiness for Anya and has now grown to six; Washing Powder, Sun lotion, Lip Balm, Baby Powder, Toothpaste  and Coffee.

But just like all her work the humour doesn’t diminish the quality, made in conjunction with the Cire Trudon brand (one of the candles greats) the candles are hand poured in England using  the finest raw materials finished off with a signature graphic from Anya Hindmarsh the sticker shop. 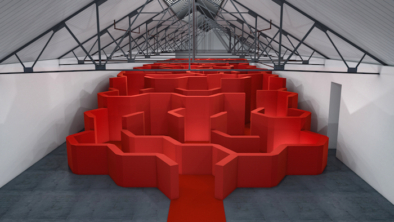