When two art forms combine, the resulting synergy can be almost magical; blurring boundaries, juxtaposing aesthetics and suggesting ideas that neither form could do alone. And so it is with art and music. The 12×12 inch playground of an album vinyl cover is the perfect platform on which to enact this creative multiplication, and the Best Art Vinyl Award know this better than anyone. Each year 50 record sleeve designs are chosen, exhibited across the UK, and voted for by the public ready for the announcement of the winner in January 2014. This year’s nominees include Stanley Donwood, Damien Hurst, Boneface, Edwyn Collins and Rennie Sparks, among many others.

Far from being a nostalgic event, the awards celebrate the best album art being produced for contemporary vinyl, which is timely considering the format has seen its highest sales figures in more than a decade. According to the BPI analysis of Official Charts Company data, the humble vinyl – which in the last few decades has been reserved for retro enthusiasts and die hard music fans – has experienced a full blown comeback with a 100% rise in sales in 2013 alone. Andrew Heeps, BAVA founder, has claimed, “the award has been a major contributor to the vinyl revival, highlighting the benefits of a physical music format in a heavily digitally focused music era”.

Interestingly, it’s Britain’s youths that are most rosy-eyed about the artistic presentation of music. Despite their absence in the format’s heyday, it’s under 25s that are the mainspring behind the sales boom in vinyl according to ICM research. Nominated artists Leif Podhajsky and DR.ME are the kings of cool in album artwork for this demographic, both especially dedicated to producing vibrant and often surreal creations for bands such as Bonobo and Tame Impala, Dutch Uncles and D/R/U/G/S, respectively. Podhajsky’s nominated contribution this year is the artwork for Bonobo’s ‘The North Borders‘ (above): a design that plays with pattern, symmetry and balance, and that comes very close to representing the minimalist, hypnotic style of the music itself. The Australian Graphic designer says, “I have always loved album art and think it can really add to the whole experience of an album”. He explains that he will often listen to an album over fifteen times before he starts designing, and then continue whilst he works to make sure the visuals reflect the music’s identity. You might recognise his blurred, burnt image of the garden of a country house that is restricted by bars covers – it covers Tame Impala’s phenomenal latest album ‘Lonerism’. A conceptual piece about isolation and removal, it thematically mirrors the sleeve’s reverse where the body of a young man lies surrounded by instruments instead of friends.

DR.ME is a Manchester based design studio founded by Ryan Doyle and Mark ‘Eddy’ Edwards. Their playful designs, featuring photography of traditional Chinese dress and a poster of Chairman Mao, drape the cover of several of Dutch Uncles single releases as well as their new album ‘Out of Touch in the Wild’, the cover of which is nominated this year. These images are always distorted to near abstraction, but remained connected to each other with colour swipe motifs and box frames. The studio also produced a handsome stop frame animation made up of 1800 frames as a music video for the band’s single ‘Nometo’. With muted colours and a mix of old-school illustration and photography, the end result is much like a really good print magazine come to life for a bit of a boogie.

The dawning of the age of iTunes and Spotify has allowed music lovers to access their favourite tracks with ease, on the go, and for a relatively low cost. Although we cannot doubt the convenience of this way of buying music, there is an absent and much missed aesthetic materiality that turns a quick listen on your smartphone into an all round experience. From opening up a vinyl sleeve and admiring the design to slipping that shiny black disc out into your palm, there’s just no beating buying and owning a record. Whatever the result in January, the very existence of such a niche award pulls its object out of the niche and into the grateful, young, artistic hands of the mainstream, and that is good news for all of us. 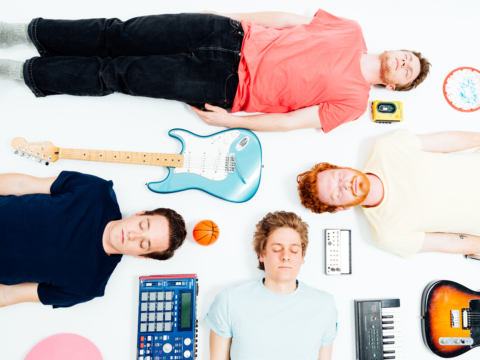 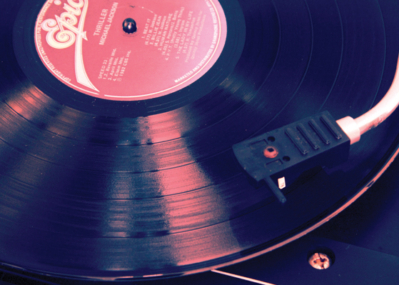