Some of our fondest childhood memories belong to being in awe at the cartoons that were brought to life from our bed time story books on to the television. Animated pictures have always sought after to capture our imagination. Arguably this curiosity of the world of animation and the enthusiasm to create highly developed animation, has inevitably led to the dramatic changes in the animation industry in a short period of time.

Early Days: People realised very quickly that pictures taken of a moving object, could be flipped through in succession to create the illusion of a motion picture. These very simple drawings were photographed, but this was a very tedious process. The development of the celluloid shift led to the first successful fully animated cartoon, Gerti the Dinosaur, created by Winsor McCay. But then …

Progression: The young animator who would later be known as one of the founding Father’s of animation, Walt Disney, started the next revolution in animation. 1928 saw the release of Steamboat Willie, it was the first animated film to introduce sound and also debuted the charming Mickey Mouse.- Throughout the years Walt Disney also developed the use of three step technicolor, this was the method of painting directly on film strips. This led to films such as Snow White and others becoming a popular form of entertainment. Evolutionary: The computer revolution completely changed the way animation was done, frame by frame animation of 2D characters could now be done entirely on a computer. It gave graphic artists more control and they were able to produce content without the use of artists. – Computers then pushed the development of 3D animation, three dimensional models or characters were constructed using geometrical shapes.

Then comes along Pixar, when they presented their groundbreaking form of CGI rendered animation with Toy Story in 1993. It used a complex system of model articulation and motion control- Pixar was able to create characters with depth and personality. Everything peaked when James Cameron’s two decades in the making Avatar was released in 2009. It used advanced CGI and motion capture techniques that were so incredibly groundbreaking, that it has led to films such as the newly released Jungle Book, BFG,Tarzan and The Planet of the Apes to take tips in how to create a visually interesting master piece. 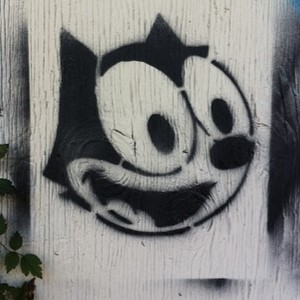