(RED) is a campaign which aims to create an AIDS free generation in the continent of Africa.  Their mission is to make it easy for people and businesses to join the fight against this virus because so far, AIDS has killed more than 35 million people since its discovery in 1981 and more than 37 million people are living with HIV today.   Life-saving anti-retroviral treatments costs as little as 30 cents a day and (RED)  have raised over $360 million in cooperation with their partners over the past decade. 100% of the money they make goes directly to work on the ground. Now, (RED) and The Global Fund have teamed up with Belvedere Vodka, Ndebele artist Esther Mahlangu and American musician John Legend to create a new project to fight AIDS. Belvedere Vodka sells limited edition bottles of vodka and donates 50% of the profits to the Global Fund. The hashtag used for this campaign is #MAKETHEDIFFERENCE.

Esther Mahlangu, an inspirational artist from the South African Ndebele tribe, began painting at the age of 10 years with  her mother and grandmother teaching  her the skill of mural painting using chicken feathers. In her tribe, it’s a tradition for females to paint the exterior of the houses. Starting with this heritage, her  art is influenced by the colourful and geometric patterns found in the clothing and jewellery of the Ndebele people. She first presented her work to the public at a European art exhibition called “Magiciens de la terre” in 1989 and in 1991. She has also created an art car for BMW, the first “African Art Car”, which was painted with typical motifs of the Ndebele tribe. Mahlangu was the first woman and non-Western to design one of the BMW art cars. In 1997, her designs were also reproduced on the tails of British Airways planes and up to today, her art is exhibited internationally. Despite her great success, Esther still lives in her village in close contact with her culture. Ndebele women traditionally wear a variety of ornaments, symbolising their status in society. The neck bracelets are given by the family, the bracelets around the ankles and wrists are from their husbands and they wear them for their whole life. Art is an important part of the Ndebele tradition and has a cultural significance that serves to reinforce the distinctive identity of the tribe. The typical symmetry, straight lines and edges of their designs are done by hand without the help of rulers and women are responsible for the painting the walls of their houses; it is an opportunity for them to express their individuality. Contemporary Ndebele artists usually use a wider range of colours such as blues, reds, greens and yellows, whereas traditional artists were only able to use muted earth colours. As the community became more global, their colours became brighter and some Ndebele artists have also extended their artworks to the interior of the houses. Although the paintings may seem simple, the geometric abstraction is underscored by the constant repetition and symmetry of simple shapes that make it quite complex. For the (RED) project, she has designed a limited edition bottle of Belvedere to support the fight against AIDS. She replaced the typical Belvedere Palace on the bottle with vivid and striking geometric forms and symbols in reference to her tribe Ndebele’s artworks. Each symbol on the bottle has its own meaning, such as security, support, change and unity. These symbols signify the collective sentiment for those joining the fight against HIV/AIDS. Esther Mahlangu is a passionate supporter of the AIDS fight; she lost her husband, three children and many friends and neighbours to HIV. To overcome her grief and making a positive change, she turned to art and is now a famous South African artist on an international scale. She was the first Ndebele artist to transfer her arts from the exterior of homes to consumer products. Since then, she continued to spread the traditional painting style of the tribe, using soil-based paint and chicken feathers as brushes. She says that art is her life, that painting is in her heart and blood and she believes that “we can overcome anything when we take it hand-by-hand. Together we can end this”. Another person who is involved in the project is musician John Legend, whose signature is featured on the front of the limited edition Belvedere bottle. The singer also dedicated his new single “Love Me Now” to the project in order to raise awareness of the fight against HIV/AIDS. The song reminds people to live and love now because of the uncertainty of tomorrow. Explaining “when Belvedere presented this opportunity to help support a product that I would already buy and that was going to help save lives, I thought it was a great idea”, he thinks that Esther’s design for the bottle is “beautiful and it marries her aesthetic with the aesthetic of Belvedere, it connects it to the culture and to the people we are trying to help”. The president of the company, Charles Gibb, thinks that the artists are “as dedicated as we are to spreading awareness and being a part of the change to end transmission of HIV from mother to child”. He is certain that “together, we can make the difference”. Belvedere and (RED) are now in the fifth year of their partnership to fight HIV/AIDS and through their collaboration, they have provided enough funding to support over 30,000 HIV-positive women with access to life-saving treatment to stop the transmission of HIV to their babies so far.

The limited edition bottle is available at major Sainsbury’s stores and on Belvedere’s website here.
For every bottle, Belvedere donates 50% of the profits to the Global Fund, the leading financier supporting HIV/AIDS in Africa. 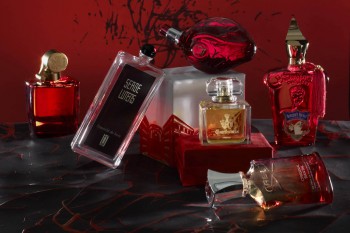 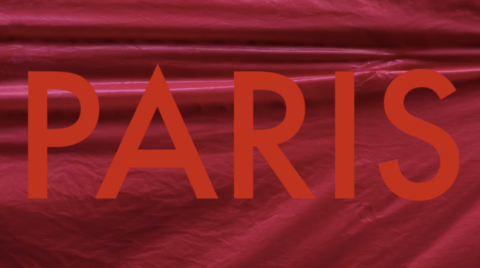