Between photographer and sitter exists a unique and dynamic relationship. The portrait photographer’s duty is to capture the essence of the person before them; the sitter’s duty is to allow that essence to reveal itself. It may be caught unawares – a snapshot of a fleeting moment – or it may be drawn out in a considered studio composition.

From October 18th to January 27th, The National Portrait Gallery is hosting an exhibition of works selected in conjunction with the Taylor Wessing Photographic Prize, the leading international portrait photography competition. Fifty-seven works, fifty-seven photographers, fifty-seven stories. The pieces range from formal arrangements to moments captured spontaneously. Professionals, amateurs and young photographers are all represented, their approaches to the photographic portrait as diverse as their photographed subjects.

This year’s winner of the Taylor Wessing Photographic Portrait Prize is Alice Mann, a South African photographic artist based in London. Keisha Ncube is 9 years old, and is in her third year of being in the drum majorettes team. Wakiesha Titus and Riley Van Harte are two of the younger girls in the team. Taylim Prince is a grade 6 pupil, and one of the more senior members, who has been part of the drum majorettes team for 5 years. Tanique Williams is one of the youngest girls in the Hottentots Holland team. She is in her first year at high school, so is also new to the team.

Each shot is carefully framed, meticulously composed and artistically considered, and yet each contains an evocation of individual character. The girls stare confidently into the lens of the camera, visibly proud of their majorette identity and glowing with vivacity against the austere backgrounds. For Mann, the four portraits represent the empowerment of the girls and their emancipation from their surroundings. It is, incidentally, the first time that the prize has been awarded to a photographic series rather than a single photograph.

Second prize went to Enda Bowe, an Irish photographer living in London, for his portrait Cybil McAddy with Daughter Lulu. In his work, Bowe seeks to render the beautiful, the colourful and the light in the ordinary and the everyday. His piece for the competition, taken in a housing estate in Clapton, captures a moment of intimacy between a mother and her newborn infant. The composition conforms to the tradition of representing a mother and baby in art; but the details of piercings, tattoos and Cybil’s ornamental manicure, set against the urban background, lend a contemporary edge to the timeless image of Madonna and child. Lit by bright sunlight and full of colour, Bowe’s photograph evokes and honours the emotional bond that exists between Cybil and her daughter.

In third place was Max Barstow, a London-born photographer, with his untitled double-portrait which draws on both studio and street photography. His image takes a pair of shoppers from the busy streets of London and places them in a studio setting against a white backdrop. By shooting the photograph in black and white, Barstow aligns his work with classic photography and yet the portrait retains the spontaneity of a candid street shot – the passerby-subject transposed into a formal composition.

Joint winner of the third prize with Barstow was Joey Lawrence, a Canadian photographer based in New York. Lawrence’s art goes hand in hand with his involvement in humanitarian projects aimed at providing aid to disadvantaged communities. His portrait for the competition, Portrait of ‘Strong’ Joe Smart, commissioned by WaterAid, presents a compelling image. The young boy’s eyes and expression reveal a maturity beyond his years and Lawrence’s use of soft-focus places the emphasis on the vital human presence sharply outlined against the dark foliage. Shot in Tombohuaun, a rural village in the jungle of Sierra Leone’s Eastern Province beset by water-borne disease, the portrait underscores the dignity and hope in the community rather than foregrounding the village’s sufferings.

The winning works, as well as fifty-three others, are being showcased at the National Portrait Gallery until January 18th 2019 as part of the Taylor Wessing Photographic Prize 2018 exhibition.

Images courtesy of The National Portrait Gallery and Jorge Herrera. 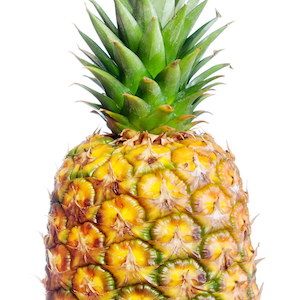