In industries based upon creativity, ideas are everything – and where there are ideas, you can bet there will be envy. The trio of promotional videos encouraging entrants to the prestigious D&AD Awards 2014 capture this truth with humour, curiosity and good nature as they ask three of the world’s most successful creatives, “what do you wish you’d done?”

Each video begins with a mesmerizing animation by Factory Fifteen, made up of artifacts from D&AD’s history and set inside the iconic yellow pencil. The eye is then drawn further inside the intricate design to reveal each of the interviewees.

The videos feature Dan Wieden (Chairman at Wieden + Kennedy), Iain Tait (Executive Creative Director at Google Creative Labs), and Jessica Walsh (Partner at Sagmeister & Walsh) for advertising, digital and design respectively. Wieden directs his reverence toward Climate Name Change’s ‘powerful and insightful’ campaign to have extreme storms named after policy makers who deny climate change. CNC’S two and a half minute video portrays news anchors pleading with audiences to stay away from Marco Rubio and, if they value their lives, to seek shelter from Michelle Bachmann.

Digital maestro Tait cites Phillip’s Hue light bulb as his “I’d wish I’d done that” product. The bulbs work with online smart recipe programmer If This Then That to change colour in response to established triggers, for example turning blue if it starts to rain. For Tait, the originality behind this lies in the revisiting of an everyday physical object that we take for granted, and reimagining its uses.

Walsh, who designs brand identities in NYC, speaks about the genius behind Experimental Jetset’s branding for the Whitney Museum of American Art. Its responsive ‘W’ acts as a flexible typographic grid, allowing for an almost infinite number of design possibilities.

When Wieden slaps his hand to his forehead at the end of his short piece, it is not in genuine irritation, but a playful expression of what keeps all creatives driving forward: the desire to have the best idea; to be the most original; to portray something most accurately or genuinely. In the creative industries, recognition of another’s imagination and skill is not only exciting and humbling for the winner, but also motivating for all those whose (quite probably excellent) ideas did not quite make the mark. Ours is a community that thrives on collaborative spirit and acclaim, which makes the D&AD Awards all the more important. You can watch the three short videos here, and register for the awards here until the 31st January 2013. 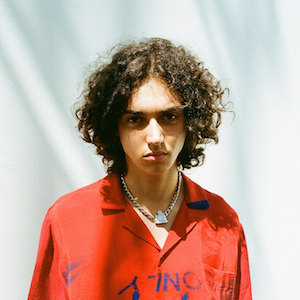