In the past, it was easy to make a beautiful car. You started with a pen and paper and then let your imagination run wild, sculpting beautiful lines that would eventually become moulded metal. The primary motivation was aesthetic. If there were safety concerns, they played second fiddle to design. What mattered was what the vehicle looked like.

From around the 1990s, though, the basic shape of vehicles began to change. Gone were the svelte lines of the 1960s or the sharp grooves of the 1980s, and in their place, we got the distinctive “bubble” look. Vehicles seemed to gain weight and bulk out, with massive bumpers and embellishments over the wheel arches. The styles of specific designers were all lost, and all cars seemed to adopt the same globular shape. Rarely did any vehicle stand out on the grounds of looks alone. Everything became generic.

This trend wasn’t a consequence of the failure of designers to create products that people loved. Instead, it was the fault of new health and safety regulations that dictated how manufacturers must construct cars. Bumpers reinforced frames, and airbags all served to increase bloat, giving designers less freedom to acquiesce to their artistic impulses. The result was an abundance of cars that didn’t have the drama of those of yesteryear. Modern vehicles look tame, and in some cases, downright ugly.

Beautiful Cars Of The Past

History is littered with stunning vehicles that set the automotive world on fire on their release. Take the Maserati A6GCS/53, for instance, the vehicle that put the Italian carmaker on the map. The brand designed the vehicle to compete in the inaugural World Sports Cars Championship in 1953. But despite its racing pedigree, it was breathtakingly beautiful to behold. The long bonnet combined with the expertly positioned grille and raised headlights made it an instant stunner. And despite its somewhat odd GT proportions, it managed to pull it off in quintessential Italian style.

Then there were the classic American muscle cars – vehicles that brought an entirely new level of ostentation to the private motor vehicle market. The 58 Corvette C1, for instance, was a real slab of a vehicle. The classic colour scheme featured a scarlet body with white walls on the door and air intake. The wheels were embellished with dual-tone tyres to match the paint job, and the rear trunk elegantly fell off the back of the car, rounded out by a chrome bumper.

A few years later, British automaker Jaguar released the E-Type, arguably the most beautiful sports convertible ever to grace the public highway. Even Enzo Ferrari at his rival Italian firm said the car was something special, achieving almost impossible proportions that made it visually stunning.

The Jag had such a profound influence on Mr Ferrari that it went on to influence some of the vehicles he produced later in his career. You can see the heritage in the 250 GTO – today one of the most desirable vehicles in the road. In 2013, for instance, an example of this vehicle sold for more than $38 million.

This list of beautiful vehicles could go on and on – but you get the picture. Designers of the past had more options and, as such, could create stunning vehicles that fulfilled their artistic ambition.

Things, however, changed. In later decades, aesthetics went out of the window, and regulators changed motor vehicle design for a generation.

Now, though, technology is catching up. In many cases it can overcome the restrictions put in place by the rules, perhaps ushering in a new era of vehicles, even better than those of the past.

Beautiful Vehicles Of The Present

Cars like the Renault Doblo and the Suzuki Swift will never win competitions in the looks department. But experience suggests that they may be temporary aberrations on the path to beauty. While those vehicles each served an essential purpose, designers are now getting to grips with techniques that allow them to make vehicles beautiful and inexpensive. And they’re putting in the effort for a good reason: most people want to drive around in attractive cars.

Today, there are plenty of examples of stunning cars, trucks, and even vans. Design principles have co-evolved with the regulations. Finally, we’re seeing some of the fruits of that effort.

The Alfa Romeo Giulia is perhaps the best example of a regular family saloon car that genuinely celebrates aesthetics and escapes the humdrum. It features a meticulously carved front end, with an attractive shield-shaped grille and aggressive air intakes at the bottom. You can see from the vehicle’s bulk that it is a modern vehicle. Yet, it works with these curves to produce something that looks elegant and sophisticated.

Audi has also been busy working hard on the looks of its vehicles. The company has always had a penchant for somewhat risky designs – the original TT, for instance – but it has learned a lot over the years. The new Audi RS6 Avant is an excellent example of this evolution in practice. While the car again has that modern bulk, Audi avoids the bubble look by contouring and angling practically every surface on the body of the car. At the front, there is a giant grille that covers almost the entire front end of the vehicle. And on the bonnet, four attractive ridgelines help to break up the smooth surface and make it more artistic. Attractive geometries continue outwards towards the side intakes and along the skirts, perfectly complementing the large 20-inch alloys.

VW has also been busy updating its vans. These vehicles are no longer big, bulky behemoths, according to an auto blog entitled, “Don’t Buy Into These “Trends” About VW Transporter Sportline.” Instead, they’ve become stylish in their own right, again thanks to better metalwork and a greater understanding of how to give a vehicle personality.

Aston Martin – a brand synonymous with the James Bond franchise – also continues to prove that making attractive cars is possible in 2020. The new Aston Martin Vantage is a massive improvement over the old version of the car, both in terms of looks and performance. It’s shark-like appearance immediately grabs you and holds your attention.

The company’s most attractive car to date, however, is arguably the DBS Superleggera – perhaps the pinnacle of the current design language. This stunning vehicle features the classic Aston look, but with a host of modern embellishments, such as side fenders and enlarged rear wheel arches, that make it appear even more aggressive. Every line works perfectly with every other.

Of course, it’s easy to make a supercar look great. More difficult is doing the same for a mass-production car that has to walk the tightrope between safety, economy, style, and manufacturing constraints. Mazda, however, has made a good go of it, creating the Mazda 3, perhaps the most elegant hatchback the market has ever seen.

Viewing the design in pictures gives you the sense that this is a beautiful vehicle. But it is only when you see it in person that you get that “a-hah” moment and can see what the designers intended. It’s extraordinarily well put together vehicle on the outside – so much so, that many people find themselves doing a double-take when they first see it. Yet, despite its striking and attractive appearance, it manages to contain all the mod-cons that people want on their vehicles. It has comfy seats, a thick C-pillar and plenty of visibility – all things that drivers want.

Things could get even better from here on out. The requirements of the drivetrain currently limit the forms that manufacturers can choose for their vehicles. Internal combustion engines and exhaust systems take up a considerable amount of a vehicle’s interior space, limiting the shape considerably.

However, electric vehicles place far fewer constraints on design. The battery pack sits on the floor of the vehicle, and the motors near the wheel arches. The front, middle and the rear of the car, therefore, are mostly free space designers can use for whatever ends they want. We’ve already seen Tesla take advantage of this fact in a somewhat conservative manner. But there’s no reason why things couldn’t shift dramatically from this point. Just look at the Cybertruck concept. It’s whacky.

There are risks, of course. The fact that electric vehicles do not require engines means that the bonnet of these vehicles could look substantially different from what drivers are used to. Furthermore, they could become more bubble-like as the hardware makes it easier to focus the design on the cabin and not the functional parts of the vehicle.

What we really want to see is more choice in the car market. Beauty shouldn’t be the preserve of the ultra-wealthy. It should be something that everyone can access. Unfortunately, we saw so back-peddling in this area from the industry in recent years, but that looks set to change. From now on, form will no longer play second fiddle to function. It’s not purely subjective. Somehow, it matters, and people want more of it. 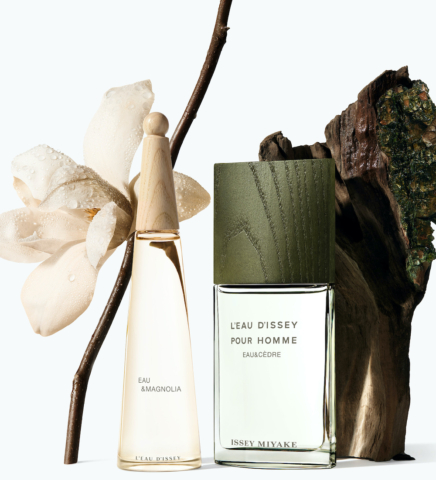 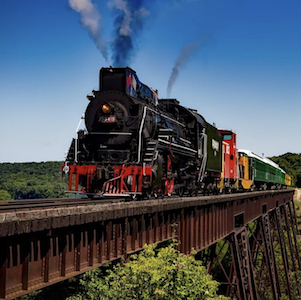