Every year the Southbank Centre becomes home to a fusion of art, performance and film. Meltdown has been curated by some of the worlds best musicians and artists, such as Yoko Ono, David Bowie and Patti Smith.

This year David Byrne, the creative behind Talking Heads, is at the helm presenting what promises to be a fantastic festival. Renowned for his constant reinvention and impressive solo career including collaborations with some of the best names in music; Brian Eno, Fatboy Slim and Arcade Fire amongst many others, he is also a celebrated photographer, artist and author. He has also written music for films Wall Street: Money Never Sleeps and The Last Emperor which won the Academy Award for Best Original Score. His love of film scores extends to this year’s Meltdown festival line-up as Byrne presents various feature films with the addition of a live orchestral soundtrack.

Paul Thomas Anderson’s Academy Award winning film, There Will Be Blood (2007), will be shown with the addition of a live performance of Radiohead lead guitarist Johnny Greenwood’s score by the London Contemporary Orchestra (LCO) conducted by Robert Zeigler. The LCO have been working with Greenwood since 2008 and have previously worked with the likes of Secret Cinema, Vivienne Westwood and Arcade fire. In keeping with the live music cinema theme, the BBC Concert Orchestra performs the soundtrack to Franklin J. Schaffner’s Planet of the Apes (1968) to a live screening in Royal Festival Hall. The Measure of All Things (2014) is a ‘live documentary’ by Academy Award-nominated filmmaker Sam Green featuring in-personal narration and, like the aforementioned film events, a live soundtrack. Inspired by the Guinness Book of Records, Green depicts various people who have achieved these world records and gives great insight into their often mysterious existence. “I am beyond excited at how much of this has fallen into place. It’s quite eclectic and I hope there are some new discoveries for everyone – including me – in this edition of the festival” says Byrne. Or if flamenco isn’t your sound of choice then maybe the Hypnotic Brass Ensemble will be up your alley as they perform a fusion of jazz, funk, soul and hip-hop. These eight brothers are the sons of jazz trumpeter Philip Cohran and have followed their parent’s tradition of jazz music.

It was their outstanding street performances which launched their careers and they have since support acclaimed talents such as Prince, in concert. Meltdown festival will be open from 17- 30 August. 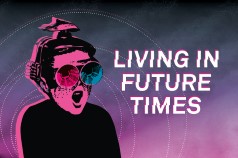 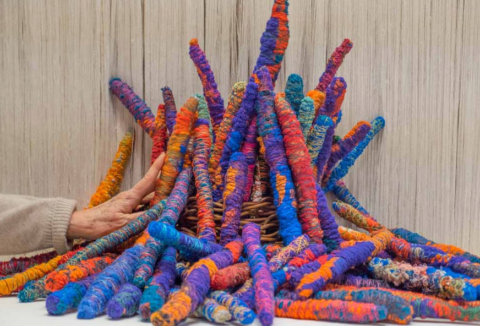