What about yesterday? Tomorrow? Or a hundred years from now? Conceptualising time has always been a topic of interest not only in science and technology but also in the arts and literature. Both literature and art have the ability to not only preserve the essence of present time, look backwards to the past but also look forward and create futures- whether ideal or not. We look at two new events that look at time, the past, present and the future.

A celebration of fiction comes to the Southbank Centre once again with the London Literature Festival. In its 10th year, the festival celebrates literature in the creative city but boasts an international range of guests and visitors. This year’s theme is ‘Living in Future Times’, which focuses on science fiction and the future in modern society. Science fiction is arguably one of the most experimental literary genres, and this year the festival celebrates both the classic and new writers.

Starting with a celebration of the prolific writer HG Wells as this year marks the 150th anniversary of his birth, the festival will hold a reading of the classic novel The Time Machine by three acclaimed actors. Christopher Eccleston, Nikki Amuka-Bird and Emma Hamilton perform the cult novella that explores the idea of time-travel and paved the way for the time-travel troupe in literature and media. Alongside the performance, acclaimed international organist James McVinnie will play the Royal Festival Hall organ with a varied range of music. The performance is directed by Cedering Fox, Artistic Director of WordTheatre® with text adapted by journalist Claire Allfree. Click here for further information. Another highlight is Margaret Atwood’s reading and launch of her newly released novel Hag-Seed, a reimagining of Shakespeare’s The Tempest. In this special event, Atwood discusses her work with author and critic, Erica Wagner. Accompanying the live discussion is a digital artwork by Zach Lieberman, inspired by Atwood’s new book. The installation is also available at the Southbank Centre, for visitors to view. Other events include ‘The Kids are the Future’; an interactive discussion with a panel of children about their future, ‘The Future of the Graphic Novel’; which brings graphic novel to the forefront, a spotlight on sci-fi from countries such as China, Iraq and South Africa and a discussion with Louis Theroux about his first theatrical documentary film My Scientology Film.

Roman Ondak: The Source of Art is in the Life of a People

In his first solo exhibition in London for over a decade, acclaimed conceptual artist Roman Ondak brings his work ‘The Source of Art is in the Life of a People’ to the South London Gallery. The name is taken from the inscription on the original nineteenth-century marquetry panel designed by artist Walter Crane for the South London Gallery. A key feature of the exhibition, this is the first time in years that visitors will see the panel as it is normally covered. Lasting for a symbolic hundred days which represent hundred years, each day a portion pre-sawn oak trunk is moved to reveal a historical event that occurred during the year which it has been stamped with. These portions are mounted on the wall further on in the exhibition, presenting a timeline of historical events that lead up to the present. Featured in the exhibition are four blackboards from Ondak’s native country Slovakia. The bowl of ladle is inserted into each blackboard, carefully positioned to parallel the four phases of the moon. Around the gallery room which holds the exhibition are illustrations from Teaching the Language, a 1960s children’s textbook which gives commentary on social behaviour. The exhibition looks at time in many different ways, taking elements from the past and presenting it to a contemporary audience. From these historical references, we see Ondak’s comments on culture, society, education and what possibly the future can be.

The Source of Art is in the Life of a People runs until Friday 6th January 2017. For further information visit the website. 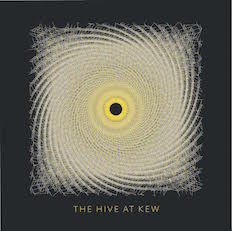 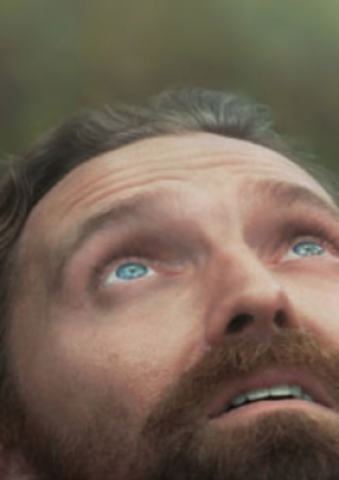