And God said, “Let there be light: and there was light” in the early part of creation according to the bible was The Sun, the very core of our world. This light from the sun gives birth and makes everything possible. Indeed, this star is a sign of hope, health and vitality. It nurtures nature and creates incredible landscapes. These landscapes highlighted by the sunlight have also been a source of inspiration for humans, from our beginning to the present day. Meanwhile, the Sun became a cornerstone of our world largely represented in paintings and photos. From cave paintings to modern artworks, imagine if there was a book about the meeting between art and light. We have created, in our mind, a book on this very subject and highlighted a few key chapters of this story. Discover more about this history in these extracts from our Artbook of Sunshine.

Let’s start from the very beginning, when humans drew on the walls of caves, one of the first traces of art in our world.

Chapter 1: Sun and the Cavemen. Cavemen were the first to visualize and represent Nature. In fact, in their dark caverns, they used light to paint animals. Legend says, that if you see the paintings by the warm light of a flickering light it will cause the illusion that the figures are moving.

Bison in the Cave of Altamira

Art evolved through the ages, the ways to paint changed, the subjects changed but the light stayed just as important.

Chapter 4: The first Byzantine Art. Between the 4th and 7th centuries, the paintings were dominated by the Byzantine movement. To clarify, it is linked to traditions and Christianity. For example, you can find below a representation of the Gospels from the 6th century. In fact, the light was used to highlight the Saints.

6th-century miniatures from the Gospel of Rabula

Then, a few centuries later, light returned to the heart of art within an artistic movement.

Chapter 8: Chiaroscuro, 16th trend. Firstly, Leonardo da Vinci; then, Caravaggio and after that, Rembrandt. These are renowned names associated with the Chiaroscuro movement which started in the 1500s, inspired by light. To clarify, artists used high contrasts between light and dark; representing both day and night, lightness and darkness; Contrast.

Meet Rembrandt’s art. His way of painting has been celebrated all around the world since the 17th century. He painted faces and portraits just as they were in front of him under the sunlight. Indeed, “Rembrandt Lighting” corresponds to the artist’s technique. That is to say, painting a little illuminated triangle under the eye on the less illuminated side of the face of the subject.

The love story between artists and light continued toward the 18th, 19th and 20th centuries. In fact, the 20th century saw the advent of the use of light in paintings.

Chapter 12: Claude Monet, the natural artist. Who is he? Monet was an artist, born in 1940, obsessed with light in natural spaces. Paintings such as “The Water Lilies” show light and also shadows of the passing hours. When you look at it, on the one hand, there’s this feeling of Nature with the water; on the other hand, there is the feeling of the sun rays heat on your skin.

Although the birth of photography came before Monet it didn’t have a real impact until the 20th century when it became more mainstream.

Chapter 16: Sun in Photography. ‘Drawing with light’, this inspirational name comes from the Greek words phos and graphis, that is to say, “light” and “stylus, paintbrush”. Why is photography that much influenced by the sun? For example, see below the oldest preserved photography, taken by Nicéphore Niépce, the inventor of photography, in 1827. Admire how much the sun is crucial in this picture, above all, the way it highlights the walls.

View from the Window at Le Gras, 1827, Nicéphore Niépce

After the advent of photography, the need for art changed. Photography to the place of the need to represent what was going on as a photograph was quicker and more accurate. The need for art may have changed but not the creative exploration of light. In fact, the photographic image was a great way to explore the ideas of light. However, into the 20th century and into the 21st century, artists were still exploring the magic of light in art.

Chapter 20: James Turrell, the master of light. He is an artist who used space, nature and light in his artwork. Indeed, in 1966, Turrell began experimenting with light, he created artworks that engage the viewer. Some of his artworks were based on the idea of a structure that can be visited, lit by the sun. Finally, Turrell learned how to master the sun rays and nature to create his world.

however much we may over the centuries explored the world of art and light it is still the cornerstone of so many artists work.

Chapter 22: Meet Jessica Moritz a French-Israeli artist, who lives and works in Tel Aviv, Israel. How does Sun impact her paintings and constructions? She always keeps in mind the theory of colours and the impact of the sun when she paints. Tel Aviv is a city with a lot of sunshine, so just as in Nature, this melting-pot of different colours creates a wonderful world that arouses inspiration via an abundance of natural light.

Light Torus: Jessica worked on the ideas of Light during the second lockdown. She created Light Torus, a harmony of complementary colours, which creates gradients of grey. In fact, even the shadow is influenced by the colours.

Chapter final: As old as time, the Sun is an essential element of the world. Therefore, it creates life and arouses hope, emotions, inspiration and creativity. Through the ages, humans learned how to manipulate this powerful resource of light; manipulating the sun rays, colours and shadows as a form of inspiration. Finally, the exploration of light is a never-ending quest.

However, is it really possible to capture this intangible natural power? Why not try to answer this question by yourself? Therefore, take your brushes, canvas and cameras and go explore Nature!

You can find Jessica Mortiz work on her website here.

In conclusion, if you enjoyed reading the Art book of Sunshine, why not read Go East to Nurture? 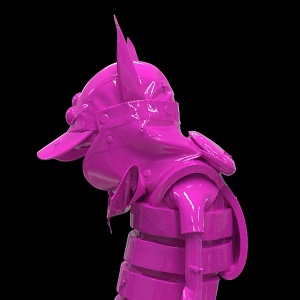