The desolate abyss of these never ending labyrinths of hollow passages and galleries, deep below of the surface of the earth; unable to find resolve in an escape, the air is thick, and the stench of rotting corpses are almost as suffocating as the deafening silence. But if I were not a spirit of the shadows forever existing in a joyless place under Hades’ rule, unpleasant is what I imagine all that to be for any living soul… In Greek mythology, the Underworld, a sanctuary and home for the departed for the rest of eternity, remain legendary of the chthonic empires parallel to that of the living world for which we exist on. Though in these cities ‘of love’ and ‘of light’ full of globetrotters and where tourists flock, there is no rest for these wicked cities and its natives. And in these ancient cities of Rome, Alexandria or even Paris, what comes to mind when we think of them? The Eiffel Tower, the Lighthouse of Alexandria, Colosseum? But as old as these cities are, what about the myriad shelter of bones beneath them? Surely the boneyard of the dead should be considered and honoured as one of the oldest forms of urban planning and architecture? The barebones of the prosperity and progression of these cities since their formation?

Catacombs, like crypts formed underground from chambers of subterranean galleries, with alcoves for graves and shaped from the material of that specific location, like volcanic stone Tufa (soft stone like Sandstone) in Ancient Rome. Early Roman Christian burial practices were modelled from the migration of Jewish customs from the Middle East, but as early Christians did not have their own cemeteries, resorted to using and sharing Pagan burial grounds. As Roman law stated at the time, the catacombs of ancient Rome which are considered not only the most religious but also the populariser for this particular burial practice, came into conception outside the city barriers and span over 375 miles of underground networking passages.

From the result of shortages in space within the cities, the repugnant stench of corpses, but also for the notable elite disagreeable by the practice of cremation as early as 1st Century AD. The intentional architectural definitions decorate for an appearance of being a natural formation than man-made, initially built by a guild of fossoris otherwise known as cave makers or gravediggers, came about the creation of these necropoleis, but nowadays majorly established tourist destinations. Structures of Catacombs:
Galleries
In Rome, Tufa made the perfect material to accommodate the deceased underground, from already previously excavated hypogea and quarries. The ceilings of these galleries were either vaulted or flat and could be around 2 or 3 metres in height but only a metre in width. These dimensions, however, were not always set depending on the circumstances of the need for space, quality soil and any existing infrastructures.

The darkness that prevailed were broken by shafts and openings where the earth was dug out during the catacombs’ constructions, providing the only source of natural lighting and ventilation within the underground city walls. Any unfortunate soul without the knowledge, guidance, and aid of artificial light of oil lamps, torches or candles would have been trapped inside, especially as the catacombs were ever growing for the masses.

Cubicula (Chamber)
The entrances to the catacombs and access to the galleries were predominantly via stairways integrated within networks of passages and corridors. The complex structures of being paved like labyrinths and passageways to prevent sacrilege and thievery made it impossible for any unauthorized persons to navigate into and throughout. The first floor of a catacomb was usually dug between 3 to 8 metres below the surface. However, more floors were dug out or lowering an existing gallery floor were done to enlarge the necropolis further and shelter more of the deceased. This often led to at least 20 to 25 metre deep catacombs, like the Callixtus catacomb in Rome, consisting of at least 5 different levels.

Chambers were either shaped in squares, polygons or circles but commonly decorated with enlarged columns or flanked entrance of a gable. Fresco or tempera techniques were predominantly used for art on the ceilings and walls of the most affluent burials. © Dnalor 01
Jesus and his twelve apostles, fresco with the Chi-Rho symbol, Catacombs of Domitilla, Rome
Image changed of size to pixels: 684 width and height 495.
Source

Graves and Trenches
Mostly in Christian and Jewish catacombs, the loculus, which is horizontal rectangle alcove in the wall, or rectangular hollow trench-like graves in the floor were the most employed forms of burial types. The loculi were often stacked on top of each other in vertical rows, the taller combination of units the more skilled fossori would be required. Children were housed in much smaller loculi in the more weaker sections of the catacomb’s foundations.

And being placed in slots and not being embalmed as part of the burial ritual process may not seem as complex as modern-day burials, despite its technique. Where and how the wealth of bodies was encased within the Catacombs, depended on that individual or familial standing, prosperity and/or by the preference of the fossori.

But of course the loculi and trenches were sealed covering the entire walls with lime or clay and/or plaster in vertical directions as observed in mainly Jewish catacombs; or sometimes using tiles and slabs instead (similar to non-Jewish burial practices), with the addition of marble plates where epitaphs could be engraved at the tomb’s opening or beside it. In Christian catacombs, marble, tiles or bricks and with an option of extra coverage with plaster were used to seal the loculi, and like Jewish burial practices would engrave and include religious motifs.

Sampling these traditional catacomb structures would be the Catacombs of San Callixtus (via Appia Antica, 126) being the oldest, largest and most significant in Rome, with over 20 kilometres long tunnels with at least 16 previous Pontiffs and a myriad of Christian martyrs buried within. Additionally, the catacomb of Kol El Shoqafa in Alexandria, Egypt combine Roman, Greek and Egyptian cultures, infused with Hellenistic, Pharaonic and early Roman influences. This necropolis in the ancient city of Alexandria was also established from the 2nd century and used up until the 4th century.

Ossuary-like Catacombs from their bone design are San Francisco catacombs in Lima, Peru and the renowned and largest of all is the catacombs of Paris. These catacombs do not necessarily follow the same structure but often using their exclusive skeletal arrangement as a unique selling point for visitors, but indeed there is somewhat to admire in the beauty in the symbolism of an underworld exhibition of bones. In Paris street names are engraved on the walls to make navigation simpler around the somewhat 6 million remains, most of which were previously situated in the city centre cemeteries but were moved for overcrowding. Other known catacombs and hypogeum kingdoms of the world are:

Palermo Capuchin, Palermo, Sicily – Known for the embalmed bodies of the deceased on display as a result of the monks of the Palermo Capuchin church’s solution to the overcrowding cemetery.

St. Stephen’s Cathedral, Vienna – Established around the 1730s after the outbreak of the bubonic plague and cemeteries were emptied. The remains were piled into rows with the skulls at the very top. There are also organs of royalty are stored, including the stomach of Queen Maria Teresa.

Hal Saflieni Hypogeum, Paola, Malta – This catacomb is considered the most ancient, with remains from as early as 4000 BC and at least 7000 individuals buried within.

Henceforth, had there not been a migration of different cultures influenced by the different burial practices, respecting and memorialising the dead, how would our cities be today? Would there still be overcrowding in cemeteries? Maybe we wouldn’t even have them after being wiped out by plagues and diseases? And as per usual, we have our ancestors to thank for the many wonders that they thoroughly planned out so that we can enjoy the building of skyscrapers, housing and monuments as well as having records of history, culture and art that will only continue to grow as a result of ancient urban planning and architecture, of what became a plethora of cities of bones in their own underground kingdoms.

And if you enjoyed this article, check these out! 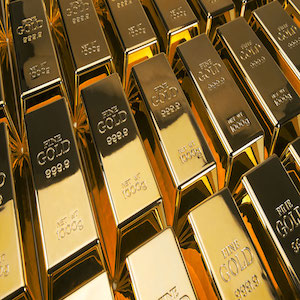