A solid black square on a canvas hangs on the wall of a modern gallery, next to it sits a solid white painting, why is this so? isn’t modern art about exploring ideas via colours textures and tones? so what can a one-colour painting possible be tyring to convey to us? In fact, some artists have used just the colour black or white in paintings to bring something symbolic and new. Find out more in Black’N’ White here.

Many of us have for a long time associated the colour black with melancholy, immorality and madness. For example, the famous Spanish painter Goya’s used a fair amount of black. His series of 14 paintings called Pinturas Negras, is defined as terrorizing, haunting and disturbing.

His paintings reflect, for him, his fear of madness and its torments, as well as his dark vision of humanity. So for some artists, it is difficult to put black paintings into practice without having any meaning behind them. Indeed very few artists have taken the plunge into black paintings.

Among the ingenious artists that did create black paintings is the clairvoyant Pierre Soulages, born in 1919. A master of abstract art, and one of the best French painters, known for his use of the reflections of the colour black, which he calls “black-light” in his paintings.

Indeed, he was known as the dean of black painting, since his paintings showed another perception of this colour.  By playing with the lines, dimensions, shapes, texture and shades of black, we tend to forget that one and only colour is used.

But what fascinates us is the paradox between his work and its use. Pierre Soulages shows us that without light we can’t see all these facets in these shades of black. It is an optical mixture of the reflections of the light and the black. Ultimately it can reveal an extremely diversified palette of black in its paintings. It is a play between two antonyms; dark and clearness.

The abstract artist Ad Reinhardt plunges us straight into the different dimensions of how to use black and blue in paintings. We can admire that there is a black colour, which is old and a black that is fresh.

Indeed, when we first look at his painting, we don’t notice at first the effect of different colours. But if we pay attention to it, we will see that he has drawn some lines to put an effect of a grid of squares on his canvas. Thus, it shows an attenuation of forms lost in space.

Black colour can also be associated with a behaviour disorder, related to trauma. Some may well think, where would an artist be without torment?

Mark Rothko was able to impose himself in the practice of black painting. Due to his psychological martyrdom related to his childhood. He was born in Russia in 1903, but he had to leave his country. The Jewish community due to much danger to their lives left to live in the United States in 1910.  Here Rothko excelled in the world of modern art. Authentic and sincere, especially within his convictions, he denied the title of abstract expressionism, which he considered too “alienating”.

The last series of his paintings of 14 large black paintings for a non-denominational chapel in Texas concluded the last act of Rothko’s life. Classified as black paintings they are sensational as well as controversial. In direct relation to the tragic epilogue of his life as an artist. He highlighted the perspective of having a monotonous life by using black colours in paintings.

it is likely these images were personally linked to his state of mind and his paranoid depression. He ended his own life shortly after this series was completed.

Is black enough by itself? Can we fill the void? where do we go with this idea of Black’N’White? Indeed, to create pure works, white and black are perfect partners. The famous traveller painter Henri Matisse born in 1869, was notably known for colourful, pure, bright and dominant paintings. But in almost eight hundred paintings he broke his own rules and embraced mixtures between white and black colours.

For him, the colour black sought a simplicity related to his work, in white, he saw purity and truth. This was how he painted naked bodies, faces, as well as dead leaves in different forms and dimensions.

These two colours are suitable for an association that can last over time, together. Despite the contradiction, it reflects the balance of this world. In the 50s artists use black paintings to make a statement against society such as the Russian artist Kazimir Malevich.

He was able to demonstrate that art can be used in revolution. Through the expression of ideas related to black and white paint. Malevich painted four versions of the Black Square. Reflecting his revolutionary side in wanting to overthrow the established systems and hierarchies of Western society.

Black Square, exhibited in a society overturned by the chaos of the First World War. Malevich’s artistic revolution seems to reflect the social revolution of his time. Malevich did not intend the Black Square to be a representation of anything real, but a symbol of a new, abstract era.

But where there is black its opposite must exist, White. White paintings in particular incarnate images of simplicity, but in reality, they reflect much more than a simple painting. They appeared mainly in the 50s. Like the white flag, white paintings are related to the revolution. The work White on White was also made by Kazimir Malevich in 1918.

Revolutionary paintings embody minimalism in contradiction with abstract expressionism. Malevich wanted a painting that conveyed a feeling of floating. Thus the colour white symbolised infinity, and the square reminds us of movement. White, of course, can embody the art of simplicity, clarity and harmony.

Yet sometimes what is presented in white paintings embodies no meaning behind it. Frank Stella, the American minimalist painter, sculptor and engraver, summed it up well by saying:

So when you next come upon an all-white painting or an all-black painting just sit with it and see how you feel. 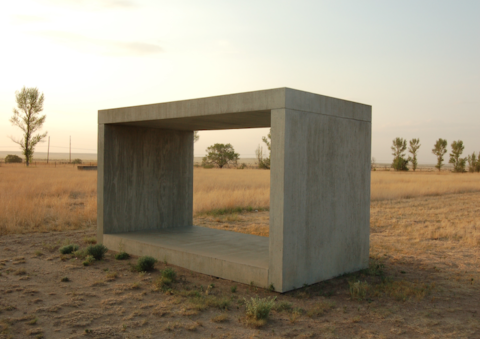