The PINS have returned and reveal their new music video for the next single “Stay True”. With stern faces and a shady light the four girls visualize the mood of their new track that is set to be released on 22 July. The group from Manchester really knows how to impress with looks and present themselves with leather jackets, bruises and frightening gazes.

The B-side single “Get With Me” is the opposite of “Stay True”. According to the band’s guitarist Lois, it was written in one night. The girls are currently filming the music video of the aforementioned song with a Super 8 camera. Both tracks will be featured on their forthcoming debut album, which is yet to be titled.

PINS are currently on tour and can be seen in Manchester on 19 July and 17 August. 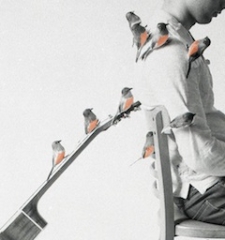