Don’t let the cold weather get you down – we have just the right track to distract you from these freezing days: Ghost Maps, the new project of Jeff Martin, shares his single “Vanilla” from the upcoming debut album “Ocean From the River”. Over the last 12 months the former member of Irish band Halfset has recorded 13 new tunes and has already uploaded the music video for afore-mentioned single “Vanilla”.

Jeff Martins, the face behind Ghost Maps, has already released solo albums in the past and is now determined to spread even more sounds with his new project. Lead single “Vanilla” convinces with powerful instrumentation while building up a stunning climax – a heartwarming track for the arriving Winter.

Check out the official video for Ghost Maps’ song “Vanilla”:

Listen to and get the new single here:

The accompanying video to single “Vanilla” is just as comforting as the song itself and takes a new spin on the usual ‘lonely guy’ theme. If you were already a fan of Halfset then Ghost Maps is a must-listen. More tracks can be found on the almost released album (find details below).

You’d like to hear and see more of Ghost Maps? No problem! Check out his official website, Facebook, Twitter and of course SoundCloud. The new debut album will be available on 15 November 2013 on iTunes, Bandcamp and for those who prefer it non-digital on CD in music stores. As a ‘musical’ taster you can also download single “Vanilla” on Ghost Maps’ Facebook page. 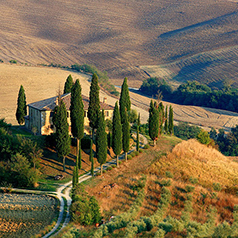