Frank Pescod or To Be Frank

Frank Pescod, the face behind To Be Frank, has officially announced the release of his four track E.P. titled “Nothing”. The singer and producer from Suffolk is going to showcase the new styles he has been working on recently. In comparison to his ballad and debut single “If You Love Her” the new tracks offer a more vibrant and electronic feel – especially in the same-titled opening track.

Particular attention should be given to the track “I Lied”, which features London-based singer Hazel Tratt. On this song Frank and Hazel resemble two sides of a coin and sing about the male and female side of a negative situation. Just recently To Be Frank released the official music video (directed by Andrew Love) for his opening track “Nothing”, in which he visualizes the feeling of losing someone close.

To Be Franks upcoming E.P. “Nothing” will be available from 1 July on and features the four new songs “Nothing”, “I Lied”, “Tears” and “Someone Else’s”. 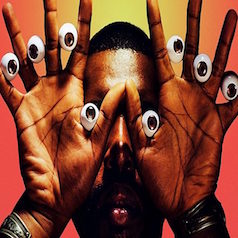