Charted in January 1966 Nancy Sinatra’s sensational song “These Boots are Made for Walking” written by Lee Hazlewood, bagged No. 1 position on Billboard Hot 100 on the United States and UK Singles Chart. American singer and actress Nancy Sinatra was born on June 8, 1940, to Frank Sinatra. Along with singing, Sinatra had a brief acting career in the mid-1960s. Sinatra became widely famous after her signature song “These boots are made for walking”. A song much loved and often mentioned as an example where fashion meets music. Find your seasonal boots here in Boot Mood.

Music and fashion often go hand in hand, one influencing the other. The film clip from the song shows Nancy, splendent in very up-to-the-minute boots alongside go-go dancers, the visual so reflecting the song.

We may well think from this of boots being a fashion item for both men and women but at times of war, boots were used to protect feet and legs from mud, water, extreme cold, and other hazards. As well as being seen as a working shoe again for protection purposes.

These boots have a thick elastic rubber drag sole with a wide leather welt and thick sewing. Brushed with an Alexander McQueen signature in contrast on the lace tabs.

Another boot option on the list is Louis Vuitton’s Oberkampf Ankle Boot making a statement for £920.

The Oberkampf Ankle Boots are returned this season in dark-coated calf leather with a cushioned collar in delicate Monogram material. Propelled by journeying shoes, their on-pattern configuration goes ahead with a tough, yet exceptionally lightweight stepped elastic outsole. The LV Initials are tactfully hot stepped as an afterthought.

Last but not the least, this boot season Gucci’s black leather men’s Ankle Boot for £700 Conveying that parts ought to be immortal not simply in style for one season. These men’s lower leg boots are timeless and have an easygoing haul sole and green and red Web flexible pulls at the back.

With a snowy month and beautiful weather in the city choose your pair of boots and step out to experience a mesmerising view of the beautiful city.

If you enjoy reading this, check out Away here. 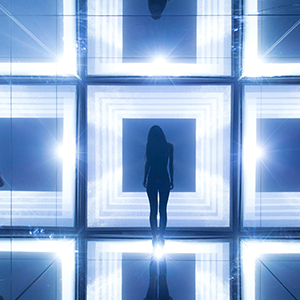