It’s an unspoken truth in Hollywood: if you’re over the age of fifty, you should probably consider looking for work elsewhere. Of course, there are always exceptions to the rule, but in their constant quest to remain relevant, directors often look for younger, fresher, talent to fill their roles.

Age is often seen as a liability, and Hollywood is no exception. One study found that among all 25 of the Best-Picture nominated movies from 2014-16 (1,256 speaking roles), only 148 characters were seniors. Only 33 were senior women. And when characters are cast in speaking roles, they are likely to play into stereotypes and be subject to ageist jokes.

How do we confront this? What’s an aging actor to do?  Well, they could follow the Laurence Fishburne model. The talented actor got his big break in 1979 when he appeared in Apocalypse Now at just 17. He’s managed to stay in the spotlight ever since, appearing in blockbuster action films as The Matrix and John Wick series and cult classics like Kings of New York.

Fishburne most recently starred in Jason Cabell’s Running With the Devil, released in September of 2019, along with Nicholas Cage (55). In the film, Fishburne plays a henchman known as “The Man,” deployed along with “The Cook” (Cage) by a cartel leader to investigate missing shipments of cocaine. Throughout the investigation, the two men are tracked by federal authorities and must move past local cartel members, facing danger wherever they turn.

While it does offer a more complete portrayal of some of the unintended consequences of the drug trade (showing drug overdoses and local unrest), from a filmmaking perspective, Running With the Devil may not be all that groundbreaking. It’s a now frequently told story that resorts to many of the conventions of action movies before it, especially in terms of portrayals of gender. But how great to see an older cast.

Looking a little deeper, however, one might notice the risk taken in casting two leads above the age of 50, especially in a directorial debut, where many directors would have opted for a much younger feel. In going with Cage and Fishburne, Cabell has opted for know-how and name recognition, betting on the experience of the two actors to carry much of the film. It’s a tough task to ask of any actor, but these two manage to pull it off.

Actors don’t simply go away when they hit the age of 50. In fact, they might have just scratched the surface of what they have to offer.

When it comes to getting cast as an aging adult though, name recognition still seems to be the biggest factor. Big names such as Cage and Fishburne may just have a key role to play, however, in confronting Hollywood’s ageism. So long as they and others (ex: Brad Pitt is 55) continue to stay relevant into the 2020s, they can pave the way for lesser-known artists to succeed into their senior years as well. At the end of the day, if you have the chops, age is just a number. 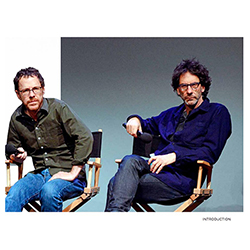