The Coen Brothers have achieved a vast output of work which spans a variety of subject matters, yet each film still has an unique essence that combines cultural and historical references, cinematic homages to the filmmakers , dark humour, witty dialogue, larger than life characters and various forms of irony. Joel is best known for his directing and Ethan, known for his producing but both brothers can switch roles easily which makes them a true brotherly filmmaking powerhouse. One of their most famous films, is the darkly tragic yet comic film Fargo. The film released in 1996, stems from a true story in 1987, that took place in Minnesota.. or does it? The film starts off by saying it does and ends of by saying it doesn’t. The Coen brothers explained that they based their script on an actual criminal event, but wrote a fictional story around it. This is typical dark Coen brothers humour as they play and toy with the viewer.

The first couple of films such as Blood Simple were darker and more stylish but then they wanted to do something that was slightly more eccentric and cheerful. Raising Arizona, is an example of just that. They created a more superfluous dialogue, and used excerpts from the bible. With off-beat characters, and bizarre situations, Raising Arizona became one of the critical successes in the independent filmmaking scene. The film highlighted the plight for the American Dream, as the lead couple decides to kidnap a baby, in the hopes of an ideal family. The lead male, Nicholas Cage attempts a baby-napping. The sequence where Cage stares at the babies was shot from the babies POV. It was regarded as comedic genius as it showed that adults are closer to tears than the tots. They also use the emotions actors convey as a tool to help with the camera work. The long- drawn and exaggerated camera work is parallel to the emotions that the actors covey. The films violence is as elastic as its morals and the effect is invigorating.  This is a style which gets repeated in many ways across their work and can be seen as a Coen brothers signature…from laughter to tears, or from violence to slapstick.

One of the things the brothers have in common is their humour. Their friend and documenter, William Peter Robinson said about the brothers was, “(There is) an impossible mix of off-beat, free range intellectualism, slapstick of both physical and metaphysical type extremely subtle irony, extremely obvious irony, idiotic repetitive wordplay and weakness for silly haircuts.” More insights and quotes about the creation of their empire can be found in the unofficial book written by Ian Nathan. Ian Nathan is a film critic based in London. He is also the executive editor of Empire, the world’s leading film magazine.

The multi-skilled directors, producers and writers were also behind the cult phenomenon, “The Big Lebowski.” Fargo was the movie that established the Coen Brothers to a wide audience, but the Big Lebowski was the film that took their fans hearts. Another little trick that super fans will know is that in every film there is the image of a desk bound titan scrutinising a young chancer as a repeating theme. This can be found in The Big Lebowski, Intolerable Cruelty, True Grit etc. The pair also include cohesive elements like camera work, as well as shoot locations, colours in a  wardrobe etc that help bring an eerie and sometimes comic feel to a film.

Detail is important in film, and even the most innocent moments are thoroughly thought out for example, in Fargo they discussed the psychology of snow. The book stated, Joel enjoyed “the idea of a car emerging ghostlike out of the snow – the weirdness and whiteness – was important to us.” The classic film has its characters express themselves in a typical dialect, known as the ‘Minnesota Nice’. The attention to detail was astonishing. The attention to detail was astonishing. The film builds a rhythm of successful repetition, especially in dialogue. The scripted dialogue, has the characters said ‘dude’ 160 times, while ‘the man’ was said 144 times. The film made sure that “The Man” was in every scene, even if only in the background, showing the true artistic genius of the brothers.  It became a cult for the characters they created and thus, to this day it is a favourite of many.

The Coens have always had an ear for great film soundtracks and it’s no different in their film Inside Llewyn Davis, as old classic folk songs are performed in their entirety by members of the cast. The filmmaker’s deadpan humour is similarly infused throughout the film, with Llewyn’s struggles looking after a cat, the appearance of a clean cloth army musician (Stark Sands), and John Goodman’s turn as a boorish jazz musician eliciting the most laughs With recurring themes in their works, such as the long shadow of authority figures, the repetition of the howling fat man, dynamism of violence, a morally complicated universe and unresolved endings, the Coen Brothers have mastered the craft of comedy – one of the hardest genres to write  for. There is a constant juxtaposition in their works, such as the use of subtle humour paired with a serious message or the use of religious context to complement a larger than life character. The characters and their strong storylines are juxtaposed by the way the actors convey the persona. A character who is portrayed to be very dumb, can simultaneously be a con-artist. With this juxtaposition it creates humour, as the audience does not expect the unexpected. With a long list of movies that have snagged many awards, the brothers are an unstoppable force when it comes to film. Packed with stunning images from the Kobal archives, “The Coen Brothers” book will also highlight their surprising involvement in recent films like Bridge of Spies and Unbroken, as well as looking at those who they frequently collaborate with. The book is an insight into the minds of the filmmaking duo, examining their famous works as well as highlighting their struggles in becoming the most interesting, distinctive, and creative filmmakers. The book will be available on the 9th of November.

If you are a fan of great cinema, Wes Anderson is a name that you must be very familiar with. Later this year, Wes Anderson’s debut feature Bottle Rocket is coming on blu-ray. Bottle Rocket is a charming, hilarious, affectionate look at the folly of dreamers. Shot against radiant southwest backdrops, it became the film that put Anderson and Wilson brothers on the map. Starring Luke and Owen Wilson, this charming and witty film is the first time audiences witnessed Anderson’s lovingly detailed, slightly surreal cinematic vision. On the 4th of December, the film is to be released on blu-ray with special features such as 11 deleted scenes, a Dolby Digital soundtrack, commentary by Anderson and Wilson and behind the scenes story boards, photos and photographs. The blu-ray also includes ‘The Making of Bottle Rocket’: an original documentary by filmmaker Barry Braverman featuring Anderson. 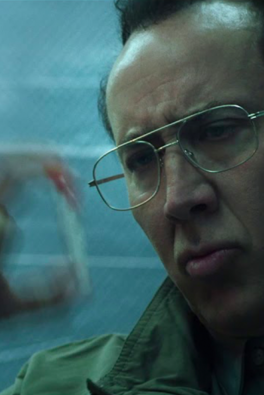 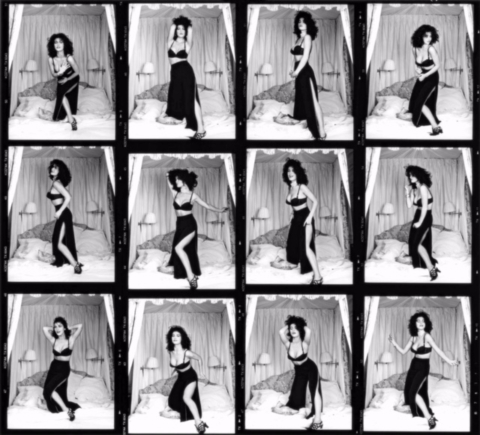