At a time for many British companies, even those in the luxury sector business is hard, because quite frankly no one is quite clear what is going on. Therefore it’s really good to know that the luxury British sector is alive, well and more than kicking. The British luxury sector is worth over £48 billion to the UK economy, not a figure to be sniffed at.

Yesterday evening (18th Nov) the annual Walpole dinner was hosted in celebration of all things in the UK’s luxury market where awards were given in celebration of the best companies within this important and influential area. The host for the year was award-nominated English actor, singer and songwriter, Laurence Fox

Over 400 luxury industry creatives, executives and press gathered to applaud Britain’s luxury companies and emerging talent for their outstanding work in this area who sell both in Britain and abroad.

Walpole is a hugely important brand, It is the official sector body for UK luxury. Founded in 1992 as a not-for-profit organisation, it counts more than 250 British brands in its membership and is recognised in both Westminster and Brussels. It is the voice of British luxury, with its purpose being to promote, protect and develop a sector that is a true jewel in the crown of UK business.

Walpole actively seeks out UK and international business opportunities, promoting growth in the industry through a programme of initiatives, including the annual trade mission and press showcase to the U.S. The UK China Visitor Alliance (UKCVA) has had great success lobbying government to make the visa application system simpler, helping bring more Chinese visitors to the UK. As founders of the European Cultural and Creative Industries Alliance (ECCIA), Walpole cements and champions relationships with Europe’s luxury and creative sectors, lobbying the EU on key policy issues like selective distribution and IP protection, and supporting pan-European business and cultural connections in our potential post-Brexit world.

Also, Walpole which works across multiple sectors: from fashion, fragrance and fine jewellery to hotels, automobiles and accessories, runs the annual mentoring programmes Brands of Tomorrow and the Programme in Luxury Management at London Business School.

The Future Legacy was won by Bentley and was presented by Donna Air .

The Luxury with a Heart In association with G.F Smith was won by Burberry and was presented by Dr Sally Uren OBE

And the most prestigious prize? The British Luxury Brand In association with Laurent-Perrier which was won by Dunhill and presented by Sam Heughan.

From far events like this may seem a little unnecessary but as was said at the event we British are not very good at giving ourselves a pat on the back so it is important to remember the input, influence and creativity of our luxury industry. For consumers buying into luxury crafted goods, it will not only keep benefiting our economy but will keep craft and creativity at the top of the world.

To find out more about Walpole go to their website thewalpole.co.uk/ 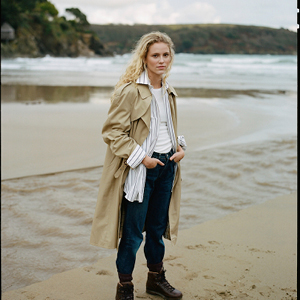 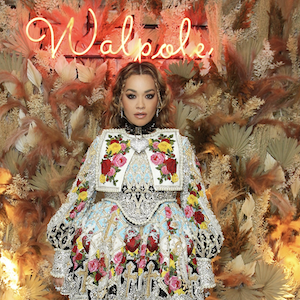