British based filmmaker, Dekel Berenson, has been on a life journey that has most likely contributed to his skillful and emotive filmmaking. He is always, at the heart of his work, about the narrative. Having had a lot of life experiences, it is not surprising his beautiful and powerful films have a strong storytelling angle.

He is originally from Israel, meaning he had to do a mandatory three-year service in the Israeli Defense Forces. Once finished in 2001 he went abroad to pursue his education, acquiring a Masters in International Relations from the Central European University in Budapest, where he won the Best Thesis Award and graduated first in his class.

The next ten years of his life saw him immersed in activism, writing, and graphic design. It was with these skills in hand that he journeyed all over the world, exploring over sixty countries, giving him a very unique view of much of the world, especially some of the much less travelled areas.

And now, with all of that ingrained into his creativity, he has combined making artistic films of high quality with bringing to light real-world social and humanitarian issues.

Both of these films are socially conscious stories yet they do not smack you round the face with politics but instead lovingly draw you into a world where emotions are easily recognised but certainly not each scenario.

Anna is the story of a middle-aged mother living in a small industrial town in Eastern Ukraine. Not the sort of town that ever really recovered from communism or is a poster home for the new East.

Her life is not glamorous. She works in a meat processing plant and lives in an old run-down communist block apartment with her 16-year-old daughter, who seems at least to be having some fun.

After hearing a radio advert asking women to apply to attend parties that allure foreign men to come to the country, she decides this is a good idea for her. We certainly get the sense this is not something usual for her but there is a sense of hope for the audience that this might bring some happiness into her life.

After a meeting with one of the organisers, and the realisation that her age is not what is expected, she does make it to an event. But of course, it is not what she hoped it would be. There is no sense of ‘love in the air’. The ending provides a completion to Anna’s story but you must see the film to find out more.

Anna is ultimately a short moving insight into the kind of lives we rarely see, into the emotions of loneliness and hope, that fragmentation we all hold on tight to.

As for Ashmina, it is just as moving and sensitive in its portrayal of an impoverished country. In this film, a young girl has obligations to support her family (and by doing so not go to school) and survive the swarm of tourists that seem to hardly notice the local people in the area she lives.

Set between a beautiful lake and the Himalayas, Ashmina, 13, lives with her family on the outskirts of Pokhara, Nepal in a remote and traditional town. This area just happens to be the paragliding capital of the world. And it is here that many young locals earn money folding up the parachutes for the plethora of foreign visitors. One visitor ends up taking notice of this small girl and tips her better than average. And so the story unfolds.

Dekel Berenson talks of his personal and direct experience of his film:

Ashmina’s story was inspired by a 2014 trip to Nepal. Following a mountain climbing expedition in the Everest region, I’ve travelled to Pokhara to complete my training as a paragliding pilot. I was immediately captivated by the young children who were working in the landing field and instantly knew that I will one day return to Nepal to capture their story on film.

He also talks of how he initially saw the film:

Ashmina as a social realist film. It was shot in open locations, using mostly available light and a local semi-professional crew. The cast is made of locals, non actors who we’ve met in the location in which the story takes place.

Even the cast of the foreign paragliders are backpackers who the team met in the streets of Pokhara, who took time off from their travels so they could participate in the film.

All these elements, and again the gentle guiding hand of the experienced director, gives Ashmina a sense of realism, hope, dismay and chance to see, as if through a secret keyhole, the raw emotions and existence of these women; women who are too often seen by the worlds in which they reside as property with no sense of individualism.

Interestingly, these two films are about women in trying circumstances that never feel as though they are exploited by the filmmaker. There is a genuine heartfelt sense of storytelling and kindness as you are drawn into the lives of these two very different characters.

He is also building on these short stories to bring them together into his first-ever feature film that will also be the subject of different women from around the globe.

And as these stories are part of what will eventually become his first feature it is quite clear, by the standards of these two films, it is likely to be exceptional. The director has a real sense of how to explain without ever feeling his presence or any emotional manipulation. There is a total naturalness about his camera work and his general understanding of the art of filmmaking.

Dekel is from a new breed of creatives coming out of this small piece of land that has (as is so often misunderstood) a very diverse population. From food to film, dance to technology, keep your eyes peeled on this very creative space. 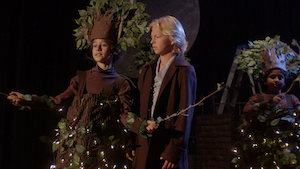 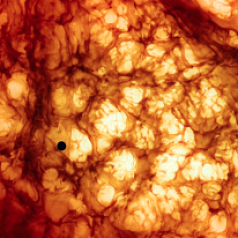