The goal of most perfumers is to create a delicate smell that can transport your soul to childhood memories and create emotions. Arnaud Poulain, the founder of Les Eaux Primordiales perfectly embodies this goal.

This French nose from Arras in Pas-De-Calais knows what it is to remind ourselves of memories! His background is as rich as the variety of fragrances released by Les Eaux Primordiales. Originally studying electrical engineering and industrial mechanics, he then worked for an ice cream manufacturer, and after meeting a salesman from the group Interparfum, he started studying perfumery at the Cinquième Sens training center. He then worked for studios Différentes Latitudes (as a business developer) and Flair Paris and was the sales manager of famous luxury perfumeries such as Byredo. He finally created his own luxury niche perfumery in 2015. His idea was to introduce high quality gender-less fragrances to the market, honoring the traditional French Haute Parfumerie, utilizing noble and natural ingredients from the capital of perfumery, Grasse.

The idea for Arnaud Poulain was to re-work classical fragrances, using sometimes forgotten olfactive families. For him, classical fragrances are timeless, but with this venture, he even created a new name for it: moving timelessness. It is delightful to know that the main inspiration for Arnaud Poulain is not the memories of his previous work experiences but his grandfather, a farmer who took the time to soap and shave his face every day before going to work. This grandfather who worked so hard as a farmer may have given Arnaud Poulain his beliefs in natural products and the importance of memories, as well as a huge taste for perfection in work.

The name of his brand  Les Eaux Primordiales comes from 1869-1870 novel “Twenty Thousand Leagues Under the Sea: A Tour of the Underwater World” (20000 lieues sous les mers in French) by Jules Verne. Oceans are said to be the places where the first living organisms were born, where life on Earth began. The goal with Les Eaux Primordiales is to allow the customer to create one’s own world while wearing the perfume, creating a harmony between the body, soul, and nature. In each composition, Arnaud Poulain plays with scents, makes something smart or casual and suddenly break it to give to the fragrance a real emotion, a life of its own. Les Eaux Primordiales have already launched two collections, really different but with one common point: the design of the bottles. Inspired by the pictures of coal bunkers immortalized by German photographers Bernd and Hilla Becher, the gender-less and minimalist bottles adhere to the “aesthetic of objectivity”. The “Classique” collection reinvents classical perfumery and was the first collection launched by Arnaud Poulain, in collaboration with French perfumer Amélie Bourgeois (from studio Flair). It contains eight fragrances and was conceived as “the happy wedding between emotions and science”. Champ d’Influence perfectly illustrates it. This fragrance was dedicated to Arnaud Poulain’s grandfather and has been created to remind its owner the nice vintage smell of the barbershop. The mix of fresh lemon, aromatic and warm lavender, sweet and flowery geranium and woody vetiver makes this refreshing fragrance a neo-fougere one (fougere perfumes usually contain a lavender head, a geranium heart, coumarin bottom, and oakmoss).  Moment Perpétuel, another fragrance from the “Classique” collection was made to embody the timelessness Arnaud Poulain sees in fragrances. Moment Perpétuel combines lavender, sensual violet, and fruity blackcurrant and blackberry. A promise for you to get addicted to this delicious smell forever… If there is one fragrance that perfectly shows the love of Arnaud Poulin for the mix of classical and novelty, it is Abstraction Raisonnée. It starts with a bitter and sweet duo: vetiver and rhubarb, and then it takes a direction totally different with the smoky aromas of tobacco and leather. Just for the bold ones and those who like to play with scents.

“Supercritique” which is made with extracted CO2, was released in 2018. The name of this particular collection comes from the way the CO2 is used ( in a state called supercritical.).Besides making high-quality fragrances, this technology is also eco-friendly. There are actually three fragrances already released in the “Supercritique” collection and each one is an ode celebrating a different vegetable. The Champacol one was made to honor the champaca flower (a sacred flower in India which smell is similar to magnolia). For this fragrance, the smooth and erotic champaca extract has been combined with lovely and calming jasmine, balsamic and ambery labdanum and fruity blackcurrant. It makes a strong powerful cocktail that transports you into India. The Rose, with pure rose extract combined with a pinch of honey, sweet vanilla, spicy and woody cardamom, and incense creates an oriental and really sensual smell. The last but not least fragrance of the collection celebrates the gardenia flower. In this creation, Arnaud Poulain honors the wild and green gardenia flower with sweet pear, peach, and warm milk to assemble a fragrance as smooth and comforting as a caress.

With the “Supercritique” collection, Les Eaux Primordiales elevated fragrances at the rate of art and proved that classical and modern can make wonders together. 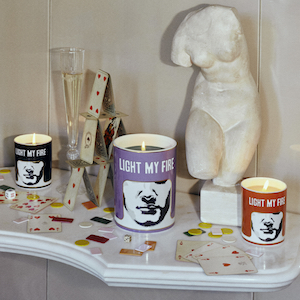 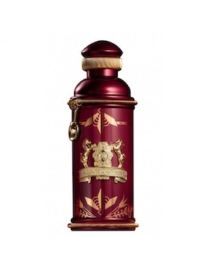