Art-house feature film System Crasher indicates the fearlessness and confidence in child actors which help them to hold their own in front of the camera.

The opportunities available to child actors in recent decades are plenteous, and the quality of those who have triumphed is second to none.

The 1969 British masterpiece, Kes, saw 14-year-old David Bradley pull on heartstrings in his role as Billy Casper. For his born-in-captivity role, Jacob Tremblay in Room left people wondering how the then eight-year-old actor was not traumatised by the end of filming.

System Crasher is Germany’s latest art-house hit and a label assigned to children bouncing from one foster home to another and eventually forgotten. Highlighting the inefficiency of the country’s care system, Nora Fingscheidt’s sombre drama is set up to be an explosion of hope and despair with its cleverly designed narrative.

Lead actor Helena Zengel shines in this tear-jerker as nine-year-old Benni. Her performance is an excellent portrayal of the damaged psyche promoting the notion that child actors are just as good as the rest of the industry.

Benni is a feral-like, uncontrollable child driving the social care system to its limit and beyond. Horrifying the viewer with her sociopathic behaviour based on unhealed childhood trauma, hurling chairs to break the classroom window is just the start. She is a force of nature not ready to be crushed by the rules of society as she traverses psychiatric havens and care homes.

Her captivating blue eyes provoke empathy and a charming personality draws many social carers to go out on a limb and emotionally invest in her, only for her to crush their hopes in fear of predetermined rejection. As the challenges become cyclical, Benni is a hostage to her innate manipulations forcing those around her and the viewers to watch helplessly. Her fluctuating joys and rage are gruesome to behold.

Child actors like Zengel succeed in giving authentic performances because they have no fear of failure. They ease convincingly through their scenes from an unshaken sense of confidence. As years pass by, so do these two traits, but children are blessed with unadulterated qualities which creates the biggest difference.

Honest reactions to life’s hurdles, like Benni’s, are the effect of an unknown ignorance of the repercussions of their behaviour. Fearlessness arises from them not incessantly worrying about what others may think which enables children to take a chance on what is termed as “risks” without fixating on the results.

Child actors dismiss any attack on their confidence in a world ruled with benchmarks for every aspect of life from the way we look to the way we dress to how the world should see us and so on. But younger minds are self-absorbed, in a good way, to focus on themselves without guilt or judgement.

Children avoid second-guessing which, in contrast, prompts individuals to alter their approach and obsess over what could’ve been. They have a sense of adventure which permits them to soar to success without overthinking.

Never judging Benni for her fury, Fingscheidt steers away from taking sides, which is simply a defibrillator-like shock to the viewer who is accustomed to movies having happy or sad endings. It is simply a narrative of a child who wants to be loved.

How did the idea behind this movie occur?

For a long time, I wanted to make a story about a volatile and extremely energetic girl. The idea wouldn’t let go of me, but I simply didn’t have the right occasion yet to implement it. When I was making a documentary about a homeless women’s shelter in Stuttgart six years ago, that moment had come. One day a fourteen-year-old girl moved into the shelter. This was a shock for me. I asked about her and heard the term “system crasher” for the first time.

What does the title mean?

Among experts it is very controversial, because it doesn’t capture the heart of the matter. These children and adolescents aren’t destroying any kind of functioning system; rather, it is failed system processes that lead to the fact that they aren’t accepted anywhere and are repeatedly thrown off track.

Was Benni’s age significant in the decision-making process?

It was a deliberate decision, just like the decision to cast girls and not boys, who are in the majority as “system crashers.” At the age of nine, children can act consciously to a certain extent, and also manipulate. Nonetheless, we should be afraid for Benni. We wanted to keep her away from clichés and rash categorizations, like suggesting adolescent rebellion simply because she was fourteen years old.

How did you find the brilliant Helena Zengel?

For years while I was writing the script, I thought I would never find a girl who could play Benni. And if I did, the parents would never agree to let her play this girl. Nevertheless, I kept writing because I had to do it. Of course, I made a point of starting the search early enough – in agencies, on the streets, in schools, and sports clubs. Helena was the seventh in the first selection of ten girls. It was immediately clear that she had something extremely special. But I thought it was impossible that we had already found the right one in number seven. The Dardenne brothers cast 700 boys for The Kid with a Bike! So, we moved on, auditioned around 150 girls, and still kept coming back to Helena again and again.

What made her stand out?

She was the only one who could play aggression and hardship at the same time. There was never anything spoiled or impudent, it was always linked with fragility and vulnerability.

Working with child actors is different. How did you manage to achieve a successful partnership with Helena?

At first Helena’s mother read the script with her alone. The goal was to slip Helena into the character of Benni and enter into her world little by little. We started to get to know each other and work together six months before shooting. This also meant that Helena was involved in the process of selecting the actors, down to the smallest supporting role. So, everyone had to meet and interact with her during auditions. And she really has an enormous presence, so you have to hold your own as a partner on the set.

The focus of SYSTEM CRASHER is clearly on Benni. Nevertheless, the successful balance is up to the adults who interact or try to interact with her. Because the whole system consists of people who are caught up in structures that for the most part, they did not create themselves.

How did you create the atmosphere for SYSTEM CRASHER?

The film contains many generalized scenes that reflect reality. Scenes that were told to me or that I experienced and then developed further. They were to some extent polished, shortened, or amplified, simply due to the needs of the film dramaturgy and the fact that it must remain watchable. And yet I was primarily concerned with conveying Benni’s emotional world, her traumas, and her body feeling. SYSTEM CRASHER stands for what I want in cinema. I like anti-heroes who do terrible things out of desperation and hurt the people they love the most.

If you liked this one, check out “Love Token” for the spectacular ways people have expressed their love. 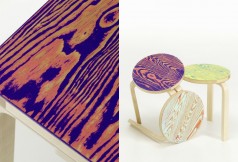 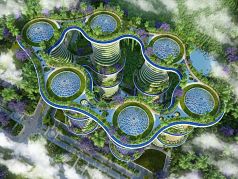