Climbing the floors to the roof of a concrete car park in East London, each floor anticipation growing; the 8th floor solidly filled with dusty black London cabs, a few more climbs; the building of excitement until at the top, greeted by a huge clear re-useable dome, complete with 360-degree views of the expansive city as it turns from day to dusk, the perfect backdrop. Atop this prize inside the dome, a soundscape accompanies, complete with howling winds crashing rain, yet the sky is clear of rain with only soft dark grey clouds bobbing sparsely. The seats of light wood encircle the space. We have arrived, in many ways, we have never left because this is East London; the spiritual home of the reason for being here, The House of Alexander McQueen presenting the SS22 collection. He was, after all, born in this part of the great metropolis, and his father was a cab driver, not we think that is the reason why there was a floor full of cabs, but another reminder of the gravitas of the moment; of this return home. Read more in Circling Home; Alexander McQueen SS22.

This most British of designer brands has its roots so much in this area and the return to it for those invited, felt reverent, magical, bringing the brand up to present-day whilst echoing its history. For the first time in five whole years, that the brand has shown back at ‘home’ presenting SS22 named London Skies.

The magnificent skyline seen from the car park rooftop through the clear dome, a striking bubble structure by architect Smiljan Radic (a regular collaborator with the brand) unpredictable English weather set a tremendous and dynamic backdrop because the Great British weather seen from this vantage point high up, was the starting point for designer Sarah Burton.

“I am interested in immersing myself in the environment in which we live and work, in London, and in the elements as we experience them each day. We moved from water – and the mud on the banks of the Thames – to the sky and the ever-changing, all-encompassing magnificence that represents. The artwork for the prints in this collection was shot from the rooftops of the studio where we are lucky enough to have the most incredible views of the city from Saint Paul’s Cathedral to the London Eye. We watched the weather and captured the formation and colouration of clouds from daybreak to nightfall and documented changing patterns, from clear blue skies to more turbulent ones. That led me to storm chasing. I love the idea of the McQueen woman being a storm chaser, of the qualities of storm chasing uniting the passionately individual community of characters wearing the clothes. ”

As for the clothes, the reason for being here, they echoed every element of this most revered weather, this panoramic high up viewpoints’ dramatic setting. A properly diverse cast of models gave depth to the emotions of delicate feminity to pure rock and roll rebel, with the final exit being worn by none other than the British institution that is Naomi Campbell.

Details at the back often peplumed out to create as much interest as the front of outfits, creating an almost fully rounded 360-degree effect.

Biker references set off against tulle princesses, black feather trim with more crystal sat atop a skeletal corset dress in mesh in many ways summed up so much that meeting of darkness and light. The gothic princess very much the McQueen woman but also the London weather.

A collection as dramatic as the setting and echoing the very essence of the brand heritage. And so after so many Covid related disruptions, this was a moment, a shot if you like, of much-needed fashion adrenalin. The journey to and from the venue, moments of great anticipation and melancholy for those journalists who were at the original shows set in East London, long before the big brands and trendy lofts appeared, remembering heady days of fashion moments like the Dante AW 1996 show strands of that DNA of denim leather and decoration seen in this show, bought a salty tear to the eye.

Ultimately this dome, in East London on a rooftop car park in Wapping Tobacco Dock’s Yellow Park, signified a coming home on so many levels. For many, the journey to and from the location, a joy tinged with a facet of sadness, a salty tear falls, remembering a time of exuberance, of decadence, the early days of the house, showing in East London when the namesake first started the label long before the ‘money’ moved in. When East London still held a frisson of danger and a devil may care attitude.

The tear drops, and leaves a faint smile because with the slight thought in the back of the mind that maybe just maybe Lee himself (Alexander McQueen) looking down from heaven with the perfect crystal clear view through that clear rounded tent to see his namesake brand come full circle home again.

Find out more about the show and the house AlexanderMcQueen.com

If you enjoyed reading Circling Home; Alexander McQueen SS22 then why not read Rossetti and his It Girls here 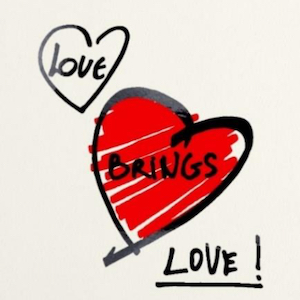 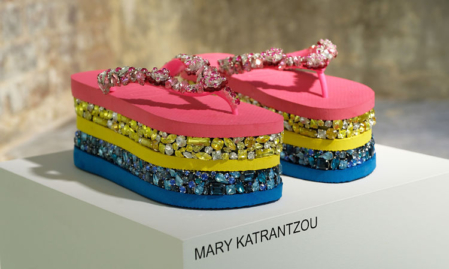