“I went and created a job for myself—freelance photographer. And what I did, anybody else can do. What I did simply was this: I went down to Manhattan Police Headquarters and for two years I worked without a police card or any kind of credentials. When a story came over a police teletype, I would go to it. The idea was I sold the pictures to the newspapers. And naturally, I picked a story that meant something” said famous photojournalist, Weegee (Arthur Fellig) in an interview with BOMB magazine, 1987.

To say the invention of photography changed the world is an understatement. The camera revolutionised the world, allowing a visual to journalism and innovating the judicial system. Crime scene photography allowed police to deeply analyse an incident even after the scene is cleared and ensured that the evidence remains an undisputed fact.

Weegee earned his nickname for having an almost supernatural ability to arrive at a crime scene before police, working with Manhattan’s Lower East side police department he had access to police radios and privy information. This became his full time occupation as he developed the negatives in a dark room he made in the back seat of his car and sold the images to news organisations such as the Herald Tribune, New York Post  and Daily News, amongst others.

He had an incredible sense of what would sell, saying that “names make news. There’s a fight between a drunken couple on Third Avenue or Ninth Avenue in Hell’s Kitchen, nobody cares. It’s just a barroom brawl. But if society has a fight in a Cadillac on Park Avenue and their names are in the Social Register, this makes news and the papers are interested in that.”

By 1943, Museum of Modern Art had acquired five of his photographs which were included in their exhibition, Action Photography.

Presently, The Photographers’ Gallery’s exhibition; Burden of Proof: The Construction of Visual Evidence explores the use of crime scene photography from its inception to our present day use of drones and other technology.

It was during the late 1800s that photography became accepted as evidence and this exhibition examines its use from crime scenes to acts of violence by individuals or groups. Eleven case studies are presented which analyse the historical and geographical contexts of these images in terms of their purpose, production and dissemination. Traces, Marks, Prints: Revealing Details Invisible to the Naked Eye looks at how close-ups of photographs have been instrumental in solving crimes while The Man of the Shroud explores the controversial history and analysis of the Shroud of Turin. This exhibition doesn’t just focus on the history behind forensic photography but also analyses how this profession has changed due to technological advances. A Drone Strike in Miranshah uses the satellite images and video footage taken in Pakistan 2012 to examine drone strikes in order to determine why and how they occurred in the area. This exhibition is co-produced by LE BAL, Paris, which launched as a venue to exhibit contemporary photography in 2010. Under the guidance of from former Magnum Photos European Editor, Diane Dufour, they have made it their mission to force artists to question whether; we can understand what is occurring beyond appearances and can we really read the world from its surface? 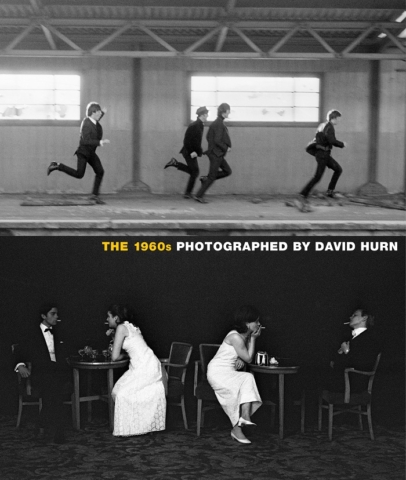