Berthe Morisot, who Gustave Geffroy described as one of “les trois grandes dames” of impressionism, said that “It is important to express oneself…provided the feelings are real and are taken from your own experience.”

The Consulate General of Argentina in New York presents Argentinean artist Ernesto Morales and his exploration of the importance humans place on their unconscious and conscious memories in his latest exhibition; Traces of Memory, which discusses the links between identity, memory and the environment. His work displays the physical realm as soul and memory landscapes that serve as a beginning for deep reflection of our overall journey. “These same themes are also emphasized in his writings about personal memories that appear in some of his works and that become pictorial signs. The past is not, however, seen in a nostalgic emotive way, but rather as a series of memories projected into the future, which is almost mysterious, but yet coveted: the ultimate goal of human peregrinations”, says Virginia Ciccone, curator. This show will feature new works on canvas and paper presented by Ciccone and will address the existensial questions that we all face time to time; Who are we? What are we doing? Where did we come from? These questions have saturated all forms of art and have provided the basis for most literary masterpieces.
Whilst writing the famed series, The Hobbit and the Lord of the Rings, J.R.R Tolkien frequented the town of Burren in County Clare. It was here that he encountered a cave which is called “Pol na Gollum” in Gaelic, meaning Hole of Gollum,  the inspiration for the character in the series who spent most of his existence in a cave.

Michelle Mangan works on the digital marketing team for The Dunloe Hotel in County Kerry, Ireland, and has put together an interactive map of Ireland celebrating their famed literary icons. A Literary Landscape of Ireland connects towns, schools and locations that inspired the works of these writers.

Famous for Temple Bar, The Guiness Brewery and Trinity college, Dublin is also the birthplace of three of Ireland’s four Noel Laureates of Literature; Samuel Beckett, W.B Yeats and George Bernard Shaw and author of one of the best novels of all time, James Joyce. Ulysses was inspired by Homer’s famed poem, Odyssey, and follows Leopold Bloom on his ordinary day through Dublin.

With every click of this interactive map, you realise the extent to which our environment influences our creativity and knowing where these writers came from brings us a sense of clarity to their works.

Brooklyn-based artist Oliver Jeffers also explores the human link with the physical environment and feelings in his new exhibition Measuring Land and Sea at Lazarides Rathbone from November 20 until December 23 which will focus on the philosophical deadlock that art and science are met with, as one is naturally subjective and the other is defined by the pursuit of the opposite but both our bound by feeling and reasoning. In each landscape there are the technical measurements which present the viewer with the artistic and scientific representation of the same land or sea scape. These works highlight two major obstacles humans face; the ability to fully comprehend and the tendency to overthink, and demonstrate how we always try to measure and understand our universe. Through expression it becomes clear that despite how we distance ourselves from our homes geographically, all our memories, thoughts and feelings stem from our landscape. 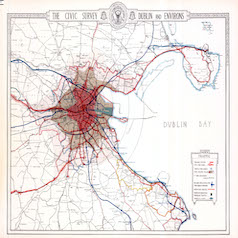 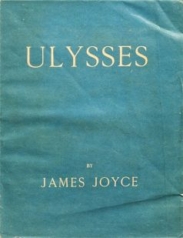