In the run-up to London Fashion Week, take a look at the exciting fashion happenings in London. Molly Goddard is a London-based designer, who specialises in traditional hand-craft techniques such as hand pleating, smocking and crocheting and has won the British Emerging Talent award at the 2016 Fashion Awards. Her work is influenced by themes of special occasions, nostalgia and coming of age, and often take inspiration from party dressing.

The designer has teamed up with TOPSHOP to create an 8-piece capsule shoe collection, which is launching on 23rd January. The styles were first seen on the LFW runway, as a part of her SS17 collection, which was inspired from people who ‘live for the weekend’ and use their outfits to embrace freedom. The shoe designs vary from sandals to knee-high boots, made from different materials, such as leather and suede in a range of colours. Some pieces are casual and easy to wear, whereas some are bold and daring.

Molly Goddard has expressed her excitement for working with the high-street brand “It’s the first time that we’ve been able to make our own shoes for a show and I liked experimenting with the different colours and leathers. The shoes really pulled the collection together and they’ve been a nice way to introduce the brand to a wider audience.” A dreamy pop-up has opened its doors for fashion lovers. On 16th January, a temporary FENDI boutique opened in London’s Selfridges. The store is located in the Wonder Room and will only be open for 10 months. But before you get upset – don’t worry, because afterwards a permanent FENDI accessories store will open in the Accessories Hall. The concept store has been carefully designed in order to combine FENDI’s identity with the mood of the Wander Hall. Its luxurious industrial chic design is complimented by natural brick and concrete-coloured carpets. The iron and brass furniture pieces are balanced by light-coloured leathers and silk velvets, in typical FENDI style.

The accessories you will be able to find in the boutique are from the latest SS17 collection, followed by a limited edition FENDI Chinese New Year capsule collection.

The #fendiselfridges space runs until November 2017. 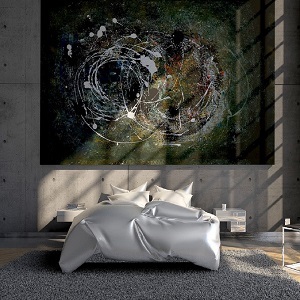