Working in preproduction you get to read some fantastic scripts, with some wondrously realized male and female characters. When it comes to considering getting the project a green light the inevitable conversation begins: how do we adapt the script to include the bombshell, the villain or auxiliary but impotent best friend?

Since films began filmmakers have relied on numerous archetypal characters to tell their stories and populate their worlds. Archetypes are important because they are essentially cheat sheets to characters and situations. They give structure to a movie and help us understand the main characters more. One way to look at it is that they are some of the raw ingredients that go into any good confectionary concoction, like baking soda. Undeniably useful, they allow directors, writers and actors to build worlds quickly and efficiently allowing us, the viewer, to get lost in the plot and performance.

A female librarian in glasses was almost always a spinster, cowboys who wore black were villains and those in white the heroes; stepmothers are evil, single girls have gay best friends.

We are all having a love affair with a lady who does not exist; she’s bubble gum sweet, petite and has hair the color of wheat. She’s your archetypal siren of the silver screen, the Hollywood bombshell. Made from only the finest ingredients, she has skin as smooth as butter and as creamy as milk, her teeth are as square and as white as sugar cubes.

Not all of these cookie cutter characters are awful. Think Marilyn in Some Like it Hot or Grace Kelly in Rear Window. These beautiful women were fun and flirtatious but somewhere along the way the archetypal bombshell beauty became the only leading lady.

The complexities of a character take second seat to the markets love of eye candy. Men in cinema are often allowed to be real, scripts describe them as ‘average looking’ and they are allowed to ‘have a beer belly.’ Yet their female counterparts are so often described as ‘tall’, ‘thin’ ‘beautiful’.

There is a wonder out their filled with wonderful women so let us all hope that the sweet, fabricated, sugar based, substance-less archetype is a thing of the past. The cast of Mean Girls, for instance, was strangely empowering female role models. Cher in Clueless managed to be suave and sophisticated socially simultaneously loving her long locks. 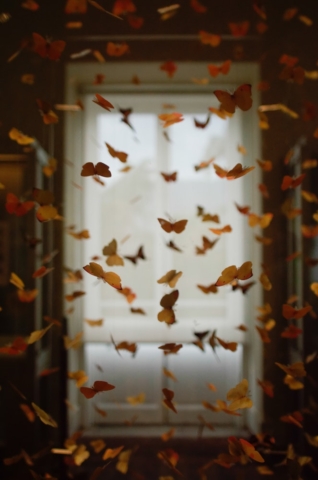