At any one time, half the worlds population is wearing jeans.

In a time where the hipsters reign, we seem to be inundated with denim. This seems to be the case of Australian designer Jim Thompson, designer and founder of Three Over One, who favours a return to the 1920’s/30’s with a tailored style of denim, vest, jeans and a denim undershirt.

The new bible for denim lovers, Denim Dudes, by Amy Leverton, explores the fabric through the eyes of the men who wear it and work with it. The men featured in the book are musicians, CEOs and designers from across the globe who share an affinity with denim. The book is particularly relevant at a time when hipster youth culture is increasingly taking inspiration from workwear and traditional trade. 14 different photographers shot the guys wearing distinct styles which explore the versatility of the fabric.

Olu Alege, co-founder of Street Level Culture believes that the wash of the denim should complement his sneakers. Alege doesn’t stick to any predefined ideas of denim outlined by major labels, he prefers to explore his own denim inspired looks. In Europe where there is a melting pot of denim-spiration, Carl Malmgreen, head designer of Cheap Monday, prefers to take something old and make it new.

Denim as a fabric has a long production history, but there is also history created in the wearing of denim, as many denim lovers out there will state it’s the wearing in of denim that makes it. Whether faded, saggy at the knees, ripped up, bleached the wearer can bring as much to a pair of jeans as the designer. Denim is a core fabric of the modern wardrobe, but it’s the enduring appeal and iconic history that make denim such an important cultural marker. From James Dean and Elvis Presley, from the mods to the punks, to Kurt Cobain and Britney Spears, denim in its various incarnations speaks volumes about the spirit of youth and it’s heros in the last century through to today.

Check out @denimdudes on instagram to take your #denimspiration that one step further or it’s available to buy here through Laurence King Publishing. 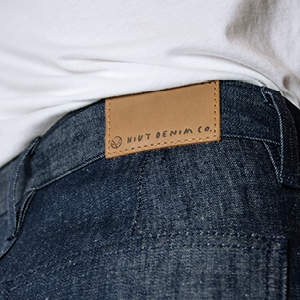 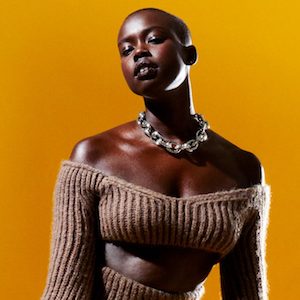