One of the most intense experiences humans can have is sitting in a dimly lit room with spotlights not on each of them, but on the stage: At particularly, the theatre but also at the cinema. This intense experience of being in a room with all attention directed at one central place, where our gaze is turned towards, on a sole view point that magnifies emotions. This is especially true with plays and films that recount real life situations; the shows that re-tell and explore real stories are the ones that can be especially compelling since this really unfolded somewhere, in some place at some time. Read more in Empty in Angel.

Before going to the theatre, we are truly so excited; maybe we have had the show booked for a long while and the night is finally here. Or, maybe our expectations are low, we just want to try something different and unlike any other shows we normally watch, to push us to perhaps consider reality from someone else’s eyes. There are a myriad of different ways that our lives could play out if we made even slightly different decisions, and theatres and cinemas are the gateways to exploring different realities, emotions, struggles and triumphs from our own.

A play out before lockdown has new dates to be shown now that theatres are opening up again.

Empty in Angel was produced in White Bear in November 2019 will be returning to several venues across London this year to tell the story of a bicycle courier, her community, and an amazing and intense fight for rights in the gig economy.

Gig workers are independent contractors who enter into informal and on-demand agreements and this show Empty in Angel so this is a relatable show for some and for others the opportunity to understand life for people in a very different position from their own.

Community spirit is brought to life by the actors, making us want to stand up in our seats at the astounding fight for workers’ rights in the gig economy. Simple demands for what is right: fairness, dignity and security ending in a historical legal battle.

Empty In Angel is written by playwrite James Woolf whose stories have been published widely in the UK, and one of his most recent scripts is for the play Empty in Angel which is reappearing at London venues in September 2021 at these theatres:

Also based on a true story that can inspire the world, Warner Bros. Pictures’ King Richard will be released onto screens nationwide on 19th November 2021.

This new film follows the journey of Richard Williams, a father who plays an instrumental and vital role in raising two of the most gifted athletes of all time, ones who changed the sport of tennis forever. Two-time Oscar nominee Will Smith brings the character of Richard Williams to life in the starring role.

Through steadfast determination and driven by a clear vision of how great their future can be, Richard has an ingenious yet unconventional plan to take Venus and Serena Williams from the streets of Compton, California to the global stage as legendary icons.

The profoundly moving film shows the power of family, perseverance and unwavering belief as a means to achieve the impossible and impact the world.

The idea of portraying real lives, real people and real events in cinema and theatre is eternal and many films and plays work on this premise. The following are a few suggestions of plays and films from the past that also explore this theme.

The Lehman Trilogy by Italian novelist and playwright Stefano Massini, telling a story of the family and company that changed the world: Lehman Brothers. 163 years after being founded, the Lehman Brothers firm spectacularly collapses into bankruptcy and triggers the largest financial crisis in history during the climax of the 2008 mortgage crisis.

The Lehman Trilogy which is not currently being shown at any theatre at this moment.

At Shakespeare’s Globe, Emilia started out as 11 shows and then continued on due to demand; it is currently not being shown but may well return. Emelia is a character in the tragedy Othello by William Shakespeare. Known as ‘The Dark Lady’ of Shakespeare’s sonnets, Emelia was the first woman to assert herself as a professional poet yet her voice was not heard during her lifetime. This a story of women’s empowerment and freedom.

Musicals can also bring to life in truly intense and invigorating ways the lives of others for us to venture into. Hamilton is as biographical as theatre gets, spanning over his entire life, history and music are brought together on stage.

Everybody’s Talking About Jamie is based on BBC Three Documentary, set to music from an indie rock band and also juxtaposed to a comprehensive school in Sheffield. The life of a teenage boy, Jamie Campbell, is told in fully glory as he defied bullies and wore a dress to school prom.

A Very Expensive Poison is based on Luke Harding’s incredible investigation into the infamous and notorious death of Alexander Litvinenko in London in 2006.

If you have enjoyed reading Empty in Angel, why not consider reading Emerging Stories. 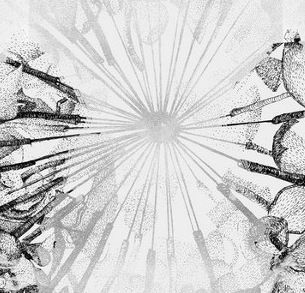 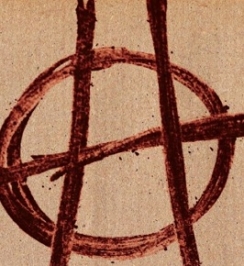