Have you ever noticed that in the hustle-bustle it can be hard to find time for leisure reading? If reading a novel or 30-minute short story sounds daunting, you may want to give flash fiction a try. Flash fiction shows moments (or flashes) in time rather than focusing on plot and characters as done in typical short stories. Find out more in Flash Words with five pieces of flash that are especially poignant in their delivery.

Flash fiction can range from single-sentence micro-fiction to stories of roughly 1,000 words. Though, the exact terms and word counts vary depending on who you ask. Despite having only a slight amount of the words of a typical short story, flash fiction maintains the quality and insight of longer writing forms. This is great if you lack the time but still want to read, as you can finish a piece of flash while waiting for the lift and then ponder its meaning on your daily commute.

Lefthand Image by HNDPTESBC from Pixabay

Image by Nino Carè from Pixabay

Only six words? This iconic 19th-century piece is credited for popularizing flash fiction in the modern age. There is an air of mystery as to why the baby shoes will never be worn, leaving you guessing the history of a story you read in a heartbeat. While not all flash is this brief, it highlights the power of brevity in flash fiction.

More mysterious than the piece is its authorship. Allegedly, Ernest Hemingway made a bet that he could make his fellow writers cry with a story of only six words. He wrote “Baby Shoes” and won despite the odds, though variations of the piece existed years before Hemingway made a name for himself, so no one really knows for sure. Still, the story demonstrates flash fiction’s ability to evoke emotion with only a handful of words.

Flash fiction has changed with the times, and writers on the internet have created slightly longer pieces within the confines of Twitter’s 280-character limit, often dubbed “Twitterature.” Jesse Stanchak’s unnamed piece is one such example that captures an unnamed character’s internal thoughts while falling to their death. It leaps from panic to peace and oddly enough boredom, all within Twitter’s character count.

Speaking of choosing your words, “Asthma Attack” focuses on a single moment in time, and how precious words can be when speaking them aloud is a struggle. The piece’s ability to make you reflect on the significance of individual words while having so few in itself is commendable.

Just under 400 words, “Sticks” tells the story of a father who has a strange obsession with dressing up a metal pole, but beneath the surface lies hints of generational trauma and how little we know about our closest family members. When people take secrets to the grave, we can only seek answers from the confusing relics left behind.

Saunders wrote in the contributor’s notes of “Story” magazine that he based the piece on a house he often drove by and his imagined version of the resident who lived there.

“The Blind Man” by Kate Chopin

“The Blind Man” is more plot-heavy than previous entries on this list, but still centres on a brief moment in time. The piece follows the wanderings of a man who is homeless and blind. Upon receiving a box of pencils to sell, the man attempts to earn enough cash for food. Children mock him, police treat him unkindly, and no one bothers to steer the heat-exhausted man into the shade or help him by buying his pencils.

The piece offers a glimpse into how easy it is to ignore the most vulnerable in society, which still rings true over a century after its initial publication.

Flash fiction may vary in its exact length, but it offers a glimpse into moments in time with as few words as possible while pulling at your heartstrings and making you think. What more could you ask for when deciding what to read?

Be sure to check out more work by Etgar Keret, Jesse Stanchak and George Saunders.

If you enjoy brief fiction be sure to read up on minimalist literature.

. Cent London Be Inspired; Get Involved 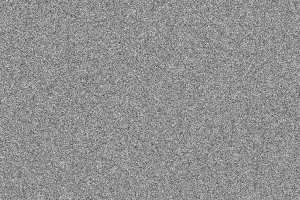 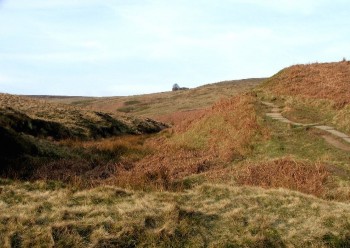