I didn’t want to write about Abstract Expressionism or Water-art for this month’s theme. I’ve written about John Singer Sargent’s painting ‘Carnation, Lily, Lily, Rose’ before, and I always come back to it. It’s the only reproduction of an artwork I have in my room and it’s the only one I need. Everything about this picture flows.

Daylight is fading, blurring the lines into night – that evocative space of the twilight. Two young girls stand in a wild garden, lighting a string of lanterns tied to rose-trees which meander around the canvas and out of sight. On first glimpse the girls could be a mirror image of one another, because they literally do mirror each other – a poetic device used by the artist implied in the rhythm of the title. Our eyes step around the canvas from face to face, from one flower to another, acting like notes on the stave, each type as a different musical instrument conjuring sounds not of a great symphony but of the sweet song of a music box.

The story behind this painting and its historical significance are just as important and thoughtful as the pictorial language in it. Sargent spied the scene while boating on the River Thames around 1885. The image of seeing the Chinese lanterns among the flowers in the fading light captivated him, inspiring two painting campaigns in two consecutive summers. The British love of Impressionism is largely due to this work, as it’s widely recognised as the first work that made Impressionism acceptable to an English audience; European Impressionism was previously seen as wild and unruly. Sargent, though, moved towards Impressionism but never fully adopted it. If Impressionism is broadly defined as a concern for depicting the visual image of the moment, especially in terms of the shifting nature of light, then this painting is categorically Impressionist.

The artist worked as the impressionists did, too. He painted en plein air – outdoors – to depict the exact nature of light that had entranced him on the boat. It’s hard to comprehend the concept that he only had between 2 and 20 minutes to paint per night to grasp that fugitive evening light. The ephemeral nature of the technique is carried into the work. Paint is pushed across the canvas from left to right, just as our eyes read.

Sargent always sketched prolifically before painting, but here more than even, experimenting with countless different compositions and even replacing one of the girls because the new one had the exact colour of hair he desired. Various anecdotes from his friends tell us the true extent of the preparation. On one occasion, happening upon half an acre of roses, he immediately bought them all, fearing the change of seasons. The whole country was ransacked for carnations, lilies and roses.

The artist swoops and spirals the flowers and lanterns around, packing the image with shapes, but keeping a serene quality. The gradual decline of light down and right reminds us again that natural light is retreating. The two girls, roughly in the centre, are surrounded by a magic garden, reminiscent of Eden and evoking ideas of fairy stories. The pace of the piece echoes sublime stillness and simplicity like Lewis Carrol prose. The motifs and rhythms slowly bounce around the image emphasising mood and lyrical poetry as essential to its success. Carnation, Lily, Lily, Rose is itself a line lifted from a popular song of the period, giving us that sense of the magic of the twilight. The supreme virginity of the atmosphere is ethereal and succeeds in recreating that first sight of absolute beauty.

If you want to see this painting (and trust me, you do) it’s in the permanent collection at the Tate Britain, London. 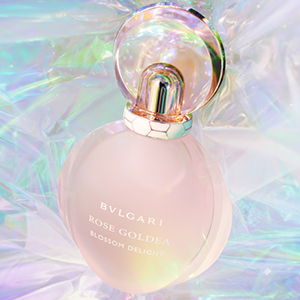 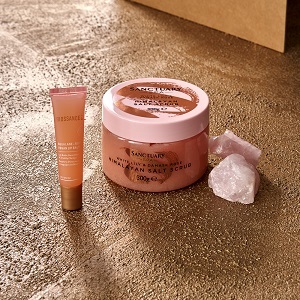