Short stories have successfully been turned into movies, for years. Isn’t it amazing how an 8-page story can turn into a full movie? These short stories are so rich, immersive and emotive that it makes it possible for someone to create a full-length film. Indeed, it is remarkable how in such few pages the author can give such depth to a story. Since it goes from trim to film the author deserves some credit too. Find out more about some great movies that started out as short stories here in From Trim to Film.

Many short stories were adapted to films, some of them even won awards. To illustrate, here is a list of a few key ones worth watching.

The most recent in our list here is the 2020 film The Invisible Man that is based on a short story by H. G. Wells. This movie demonstrates how a story from 1897 can still be relevant today. The Invisible Man is a movie that gives a different context to the invisible man, so, in this movie, the idea of the invisible man is seen as gaslighting, a manipulative and cruel phycological plan. Likewise, the emotional perspective in this film comes to show how isolating it truly feels to suffer from gaslighting. A story over 100 years old can still be thoroughly modern.

An innovative adaptation is the next on the list. Arthur C. Clarke’s wrote The Sentinel (1948), a story of 8 pages. Later, the legendary Stanley Kubrick directed the movie 2001: A Space Odyssey (1968). This movie compares the evolution of man to the evolution of animals via space, as well as focusing on the evolution of mankind and technology. For the time, this was revolutionary since it was unknown how space looked because at that point man had not been there.

In a very different place and time comes our next suggestion. Annie Proulx’s wrote the Brokeback Mountain story (30 pages) originally published in The New Yorker in 1997. Afterwards, in 2005, the story became a movie with the same name. The movie tells the story of forbidden love between two male cowboys that worked caring for sheep for the summer. Both are in straight relationships and are thrown by the romance. The movie also depicts their life in the future years and the impact of their relationship.

For a completely different scenario, the next suggestion is The Secret Life of Walter Mitty based on a short story by James Thurber’s of the same name. The short story was published in The New Yorker in 1939. Then, the film came out in 2013 and it is about an everyday man that daydreams about what his life could be like. However, different from the original story, in the film, the main character actually goes on an adventure to take charge of his own life.

A classic black and white movie follows. The All About Eve (1950) film has as a foundation the short story The Wisdom of Eve (1946) written by Mary Orr’s in Cosmopolitan. In addition, it was the winner of six Academy Awards. It shows how a timid but secretly manipulative girl embodies herself into the life of an ageing Broadway star and her friends. Starting out as an assistant to the star the girl goes on to take the place of the star at the awards season.

With a difference of almost half a century comes the next example. Philip K. Dick wrote The Minority Report (1956). At last, in 2002, it was transformed into the film Minority Report. The film portrays how three individuals that are connected to a machine can predict future crimes. As a result, criminals are arrested even before committing the crimes.

Another film that was made with the foundation of an 8-page short story is shown next. Everything Must Go (2010) was based on Raymond Carver’s “Why Don’t You Dance?” (1981) short story, published in What We Talk About When We Talk About Love. The film tells the story of a career salesman that loses everything including his wife and his job.

This suggestion is an example of a difference of more than 100 years between the original story and the film created. Washington Irving’s story The Legend of Sleepy Hollow (1820) was adapted into the movie Sleepy Hollow in 1999. Hence, the movie is about a man that was sent to Sleepy Hollow to investigate The Headless Horseman, a murderer.

The last suggestion in the list is from 2001. Originally published in Harper’s Bazar, Supertoys Last All Summer Long by Brian Aldiss, was the basis of the film A.I. Artificial Intelligence (2001). This film is about a robot boy that desires to become ‘real’ to attain the love of his human mother.

From trim to film, these short stories were the inspiration and foundation of great films, for example, All About Eve won six Academy Awards. Above all, the emotion and insight present in these short stories are such that from a few pages a film can be produced. It is incredible how a short story can grow to become a classic film or even win awards.

If you enjoyed reading From Trim to Film, why not check out Trim to Tremendous 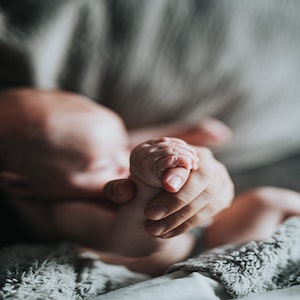 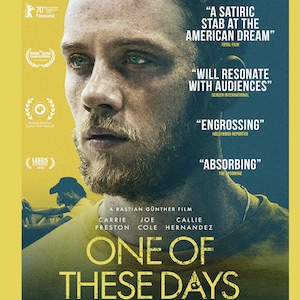