1954: Welcome Back; At 71 years of age, Chanel prepares
to reopen her Maison de Couture

1955: Pour Monsieur; The only masculine fragrance
produced during the life of Coco Chanel

1960: Celebrities wear Chanel
The Fascination for Chanel
continues to grow

1968: Goude started working for
Esquire Magazine as an art director

1981: Jacques Polge is nominated perfumer
master of the Chanel house

1983: Karl Lagerfeld is nominated artistic director
of Maison Chanel. Designer of all collections.

1983: Jungle Fever is published.
The book includes some his photographs
and and also his artistic depiction
of ethnic minorities. It’s divided into
chapters showing how his work
progressed from concept to reality.

1987: With the launch of the PREMIÈRE
watch, designed by Jacques Helleu,
Chanel launches its first line of watches.

1989: First encounter of Goude and
Chanel encounter suggested a year earlier
by Jacques Helleu, “the all-powerful art
director of Chanel Fragrance and Beauty.

2003: Chance ad
The name ‘Chance’ was recommended
by Spike Lee and it’s like a mirror reflection
of the letter of the name Chanel

From the birth of Gabrielle Chanel to Goude’s there are 57 years apart and even though he didn’t get the opportunity to meet her personally, he states “her personality is so present in my unconscious mind that I feel she’s always there and that I am working for her spirit. That’s why she often appears in my pictures, it seems natural for me. “The couturiere certainly occupies a special place in Goude’s imagination.”

In the new the book, Goude: The Chanel Sketchbooks, you can see some of his images where the spirit of Coco Chanel appears. The book contains never before seen drawings and sketches of his iconic perfume Campaigns.

In this book you can also see many of his sketches, for other successful fragrance campaigns of his with Chanel, like ‘Coco’ starring his then muse Vanessa Paradis released in 1991, as well as, ‘Chanel Nº5’ starring Estella Warren and ‘Chance’. This was a relationship that lasted for more than thirty years.

Looking through the book at the beautiful art done by Jean-Paul Goude gives an intimate insight into the work of a true artist.

If you want to read more creative pieces, here’s one: Slide in the DM’s 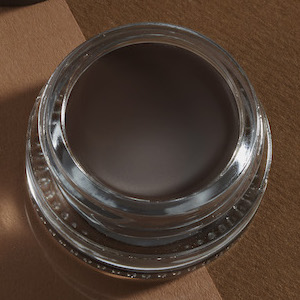