When we think of make-up we think of the idea of altering and enhancing the very surface of our face, highlighting our beauty and using it to further our allure. The idea of taking make-up past the simple surface is part and parcel of the work of the most renowned Make-up Artists in the world.

Crossing boundaries to the extreme of this is conceptual and pushes the very idea of simply adding to the face. There are few Make-up Artists whose work stands out for their non-conformity, who have challenged what this art [of make-up] means. Below are four icons in this category whose craft initially stopped me in my tracks over twenty-five years ago. They’ve affected not only me and my work but a whole generation of image-makers. Interestingly having received no formal training means there’s no pressure to conform which is what all my Makeup Hero’s have in common.

Serge Lutens “What inspires you? ” “The sacred, all that’s tied to the theological, to rituals, to monarchies … in a way, the resurgence of a new aristocracy. It does more than inspire me, it revives my taste for feeding my personal purgatory! Far from any collective mindset, from the muddy sorrows of compassion useful for demagoguery, the future does not lie ahead but behind me. I’m not a sheep that follows the herd and I don’t give anything up to utilitarianism”.

‘Master’ Serge Lutens is much more than a Makeup Artist, he is a visionary. Born in Lille France and growing up after the second world war he seemed to have lived his life through his imagination. He was known as a dreamer while at the same time being acknowledged for his gifted storytelling.

Ambitious to be an actor he was given a job in a hair salon – against his will – at the age of fourteen. He built up quite a dedicated fan base of clients whom he would also photograph. After serving in the army during the Algerian War he moved to Paris. Just three days after contacting Vogue Paris he collaborated on their Christmas issue using makeup, jewellery and other objects ( a hallmark that has continued throughout his career).

Mr Lutens also pursued his photography while working for leading magazines Vogue, Elle and Harper’s Bazaar. Christian Dior hired him for the launch of Dior’s new makeup line where he was not only to create the makeup but art direct the whole of their beauty branding.

In 1980 Shiseido nabbed him for their venture into the European market and it was here that I was introduced to his work. I recall Shiseido’s beauty advertising posters were like no other ( I’ve had a large framed campaign poster in my living room for over thirty years now). Featuring ethereal and unrecognisable models they were surreal and stood out like no other; inspiring women to venture out to discover more about the brand, which in turn helped to propel Shiseido in becoming one of the worlds foremost cosmetic companies.

Serge Lutens remained with Shiseido developing and creating makeup and perfume and conceptualising campaigns for over a decade. The faith they showed in his vision is unrivalled to the point when they acquired shares in Lutens individual exclusive line of perfume and cosmetics which is celebrating twenty years this year.

His visions in print and film are pure art often reminding me of the socialite portraits of the twentieth-century painter Tamara De Lempicka’s. In my eyes, he is truly the Master of everything he ventures into, a genuine renaissance man.

There was something slightly odd about Pat McGrath’s February 1994 Vogue Italia cover of Karen Elson. This was around the same time I tentatively ventured into the world of fashion makeup and I’d never seen anything like it. Photographed by Steven Miesel (this trinity of trust between photographer, model and Makeup Artist is a collaboration that has spanned a couple of decades) was it because Karen’s eyebrows were shaved off or due to the large solid fuchsia pink semi-circle eyeshadow? Whatever it was; it was this cover that I felt gave me permission to think outside the box … and non-conventionally.

As I recall, Pat was a foundation art student at Northampton College in the late 1980s and found herself doing makeup on the models of fashion students for their collections. Her early career was in the music industry working with the likes of Karen Wheeler of Soul II Soul and Gabrielle, even making a prominent appearance in one of Gabrielle’s music videos (while working behind the scenes). I also remember Gabrielle speaking highly of her Makeup Artist and how encouraging she was about embracing her [Gabrielle’s] own beauty. Pat went on to work with Edward Enninful, Fashion Editor of I.D magazine and Eugene Souleiman Hairstylist; forming a very strong creative alliance.

I would refer to Pat’s work as conceptual…’ art in which the idea or concept presented by the artist is considered more important than its appearance or execution’ (though I would argue the appearance is important to Pat too).  The editorial that I feel reflects this most is Vogue Italia’s March 1997 Dance Marathon. Based on the 1969 film ‘They Shoot Horses Don’t They’. It starred the most well-known models of the day portraying the desperate dance contestants looking completely pained, sweaty and exhausted. Not exactly a pretty ‘supermodel’ picture but ‘WOW’ it was impactful.

As a young makeup artist, Pat’s work allowed me to express my instincts without fear. It encouraged me to ‘give it a go’. But looking back now I realise there was a huge difference between my ‘give it a go’ test shoots and Pat’s influential Vogue covers. I know Pat researches a lot, the ‘student of art’ resonates throughout her work.

She is an influential innovator who has successfully straddle into the world of commerce. As the creative mind behind Giorgio Armani and ‘Dolce & Gabbana’s makeup launches and with being Proctor & Gambles Global Cosmetics Creative Design Director it was inevitable that one day she would develop her range; Pat McGrath Labs. Confidently launching with a solid gold powder eyeshadow; Gold 001 (and not a safe red lipstick) tells you something about her influence. If you were of the lucky few who managed to purchase one of the one thousand for sale how special you must feel.

Inge Grognard started her career in 1980 working with the Belgium fashion designers known as the Antwerp Six – Dries Van Noten, Ann Demeulemeester, Dirk Van Saene, Walter Van Beirendonck, Dirk Bikkembergs and Marina Yee. These collaborations/partnerships have cemented her as highly respected in the world of fashion.

Inge Grognard’s work does not fit into any box, it’s not conventional or formal, it has constantly lived on the edge. To some and it may seem a little sinister or comical but I think that’s where the beauty lies. Strong colours particularly red, black and white dominate throughout her work. Red even makes an appearance on a models teeth in a few editorials. I get the feeling Inge is always aiming to convey a message and in some instances she literally does.

Another strong factor that resonates throughout her images is that there’s nothing conventional about the beauty of Inge’s models. Most are not your asymmetrical runway beauties but maybe that’s why her work has maintained a consistent edge. Inge’s work may not be to a traditionalist taste…but you risk missing a lot if the page is turned too quickly.

Val Garland “For me, it’s about telling a great story, and painting a great picture”.

Colour, free and fearless are a few words I use to describe Val Garland’s work. Whether it be loose brush strokes on a near-naked skin or precisian lipstick with powder splattered eyeshadow everything is purposeful no matter how imperfect it may seem…walking this fine line is a masterful skill and never to be underestimated.

Val started her creative career as a hairdresser – she too started at a young age similar to Serge Lutens – which was more out of need than desire. After leaving hairdressing for a short time she was encouraged to return to it on travelling to Australia. Val opened and developed a very successful hair salon servicing Australia’s fashion industry. However, she always loved make-up which she then pursue on her return to England.

I love watching hairdressers work; they have fewer constraints, maybe this is where Val’s freedom to express comes from. I know she studies her craft, drawing inspiration from anywhere and everywhere. Though it’s never obvious I can see hints of seventies punk, eighties new romantic and master painters such as Picasso.

In the early 2ooos Val’s work came to prominence while teaming up with photographer Nick Knight and hairstylist Sam McKnight. The trust between this trinity makes for very strong collaborations still to this day, and now as L’Oreal Paris Global Makeup Director, I really look forward to how she will inspire this diverse portfolio of brands.

Illustration and animation by Jason Yates 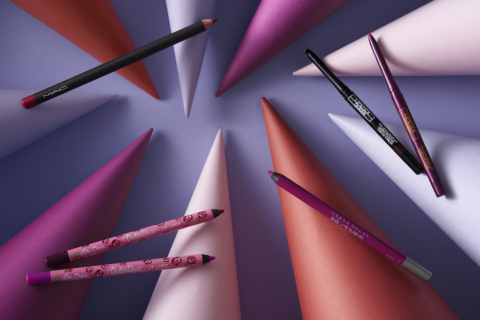 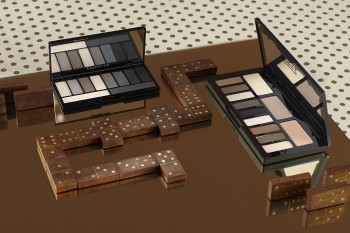